GOSSIPONTHIS.COM Pop Culture Ariana Grande and Mac Miller Made Their Romance Official at the VMAs 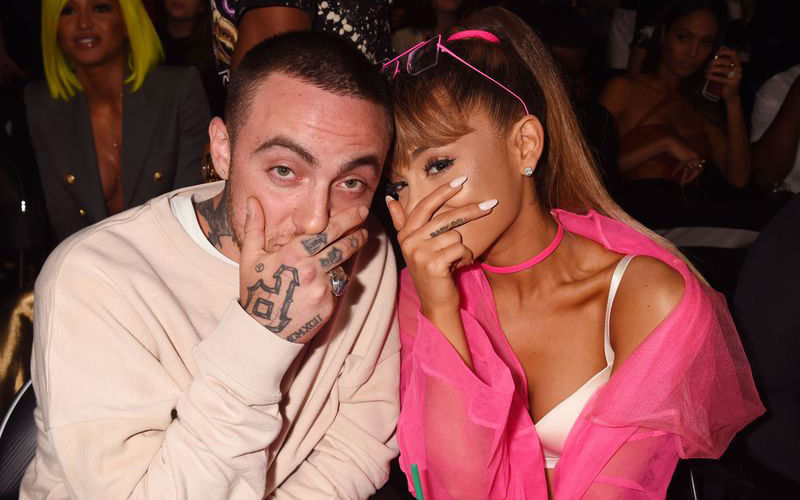 Based on these photos of Mac Miller and Ariana Grande all boo’d up at the VMAs, it looks like we can officially call this pair of wild and crazy kids a real life celebrity couple.

Not too long after being spotted “sucking down sushi and each other’s faces” (according to TMZ), Ariana Grande and Mac Miller apparently went public with their romance Sunday night (Aug. 28) at the 2016 MTV Video Music Awards in New York City.

Though they didn’t walk the white carpet together, they were pretty inseparable during the show. After Grande’s “Side to Side” performance with Nicki Minaj, cameras caught her and her new boo getting cozy in the audience. The pair even made some “silly” faces for the cameras.

They also held hands on their way to the Republic Records VMAs afterparty, where Grande was photographed sitting in the rapper’s lap and kissing him on the cheek. Before the show, when Charlamagne asked Grande where her “boo” was, she told him he was “being supportive.” She added, “It’s OK to be alone even when you have a boo. You can do both.”