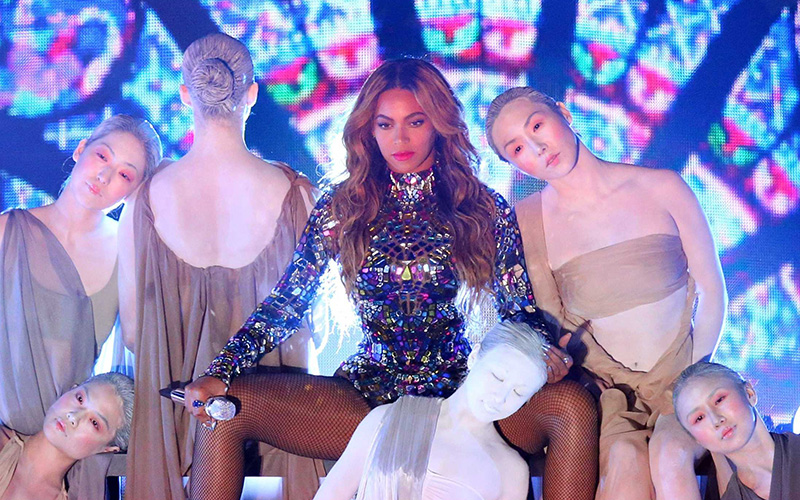 Welp, it’s official. Beyoncé will be taking the stage tonight at the 2016 MTV Video Music Awards!

Rumors have been running rampant over the past week of a possible Beyoncé performance. Well, those rumors can be put to rest, because… IT’S REALLY HAPPENING!

A lemon emoji and a screengrab from Beyoncé’s “Sorry” video. Hmm. Wonder what that could mean…

That’s a video of Beyoncé’s famous bodyguard Julius making his way into Madison Square Garden, where the VMAs will be held this year, late last night/early this morning likely for the last and final dress rehearsal for Beyoncé’s “rumored” performance.

And now, for the official confirmation from MTV:

So, there you have it. The OFFICIAL word from MTV is that “BEYONCÉ. IS PERFORMING.”

Meanwhile, the Los Angeles Times is reporting that “Beyoncé has been in top-secret rehearsals” for the show. The last time she hit the VMAs stage was in 2014 when she performed a medley of her self-titled album as the recipient of the Michael Jackson Video Vanguard Award.

In addition to her confirmed performance, Beyoncé is in for a pretty big night, as she’s nominated for a whopping 11 awards, thanks to her critically acclaimed visual album Lemonade.