GOSSIPONTHIS.COM Celebs Britney Spears Forgot the Meaning of “Oops!…I Did It Again” in James... 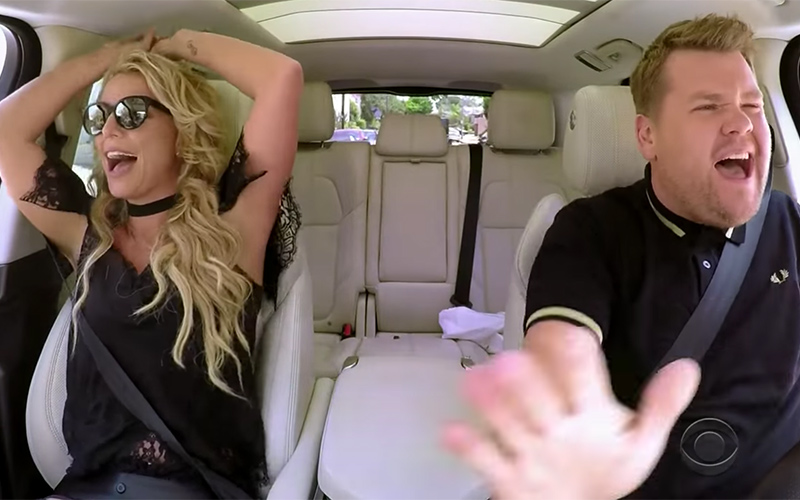 The legendary Miss Britney Spears has finally made her way to James Corden’s passenger seat for a session of Carpool Karaoke. But next time, she might want to take some green tea to help her with memory issues.

The good news is that Britney showed up. The bad news is that she lip synched at least half of the time and looked mildly uncomfortable for a good portion of the segment.

Things got off to a shaky start when Britney inexplicably fumbled on a no-brainer question. When James Corden asked Britney what the meaning was behind her hit song “Oops!…I Did It Again,” Britney replied, “I don’t know. I think it’s just a song.”

I know Britney didn’t write the damn song but you mean to tell me that she never bothered to ask the songwriters what the song meant? Or hell, just read the damn lyrics. It’s not like it’s brain surgery.

Well, we might be able to chalk Britney’s non-answer up to a brain fart because back in 2000, when she was promoting the album, she had no problem explaining the meaning behind the song. This is what she said in an interview with O-Zone in 2000:

Admittedly, it’s a song that Britney says does not stem from her personal character. It’s more of a third-person story that she’s lending her voice to. And really, that interpretation of the song is as straight-forward as it gets, given the lyrics.

So to be clear, in 2000, Britney knew what “Oops!…I Did It Again” meant. But in 2016, after surviving drugs, mental illness and Kevin Federline, Britney just can’t be bothered to remember shit about it. I guess it happens.

After that awkward fumble, Britney remains visibly reserved, donning sunglasses and holding herself back throughout the rest of the Carpool Karaoke set. She shyly and slyly sings along with Corden, lip synching rather than belting along through many of her songs.

At the end, when the two of them are wearing Catholic schoolgirl outfits in homage to her “…Baby One More Time” video, she finally lightens up and loosens up. Perhaps the water bottle prop helped. One nice treat: We get to hear Britney’s powerful, growly “Mmmm yeahhh” in its purest form at the end. Even Corden is in awe.