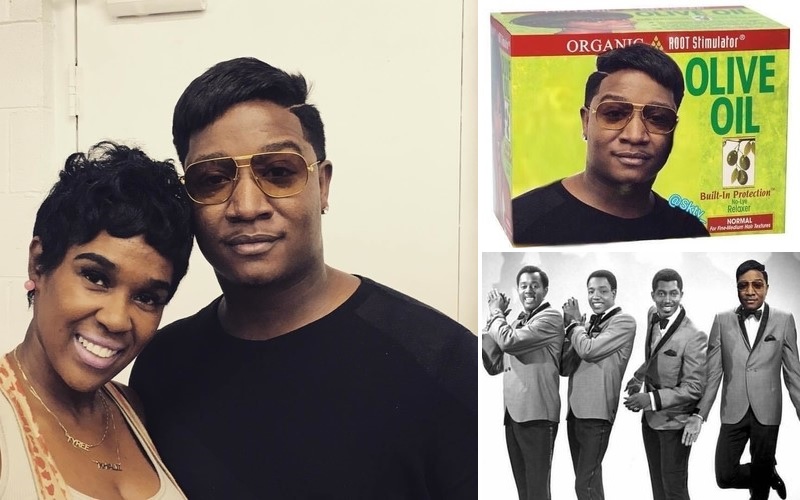 Yung Joc has Twitter talking! A picture of the rapper popped up on the internet with a rather interesting new hair-do.

With the fresh perm and his hair slicked back, Joc made it too easy for the internet to go all the way in. Jokes and memes quickly started making their rounds and catapulted the Love & Hip Hop Atlanta star a top 10 trending topic.

Just enter his name on Twitter if you want a good laugh.

Young Joc looks like your cool auntie who works at the post office and knows all the new line dances pic.twitter.com/lxJj8E5AOI

Why Young Joc look like SpongeBob when he took Pearl to the prom pic.twitter.com/n9IQaBjAe7

Why Young Joc look like the Grandma from Family Matters? pic.twitter.com/yQ7n5PECnE

Young Joc is that auntie who works as a probation officer & blasts Monica, Fantasia, & Keyshia Cole in her Hyundai pic.twitter.com/NRCtNcjY3o

Barber: yo what u want?

Young Joc: Can u make me bossy like Kelis in that video?

These Young Joc tweets have made a bad day soooooo much better.

Barber: What ya want done?

Joc was apparently ready for the jokes because he recently defended the perm on his Instagram video.

“All y’all wanna look alike. But what if I just chose to do something different because I knew yo motherf**kin’ ass was gonna talk about it? I won,” he says in the video. “And I’ll still take yo b*tch,” he ended.

Joc also suggests the new hairstyle may be for a movie role and not just because he wanted to change his look. In fact, a quick IMDb search does show the rapper is cast in a 1960s period film, The Products of the American Ghetto, which is currently filming.

He also enlisted a few of his LHHATL cast mates to have his back. It seems the VH1 reality stars are headed to LA.

Regardless of the reason for Joc’s new do, I just want to thank Twitter for the endless laughs!