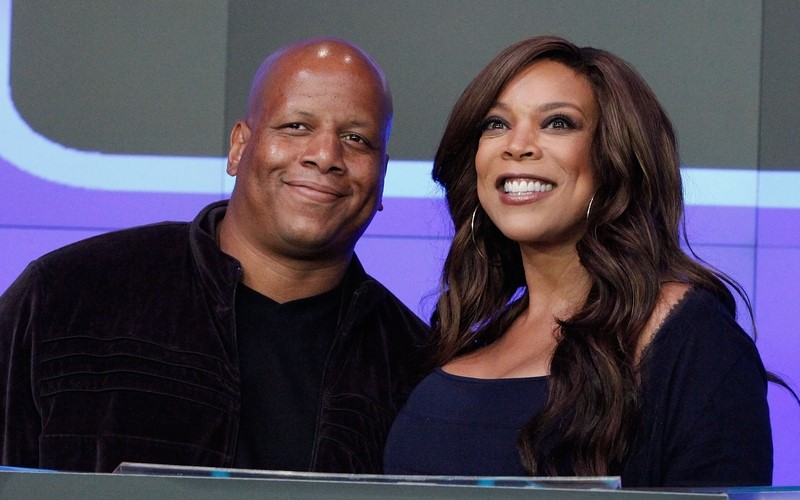 The Wendy Williams Show is looking to make a MAJOR change. According to reports, show executives want Wendy Williams’ husband and manager, Kevin Hunter, gone! And Williams herself may be onboard with the shakeup while also considering divorce.

Hunter has been an executive producer of Wendy since its first season. Years ago, sources close to the situation revealed that he’s a control freak and h makes everyone on set, including his own wife, “miserable.”

According to a 2013 report from the New York Daily News’ Confidenti@l gossip column:

“Kevin makes all the decisions and has become more and more controlling as the show has become a success,” one show insider tells Confidenti@l. “He insists that all show questions be run by him.”

Hunter has had Williams change her cell phone number so she is not as accessible to the many staffers on the show.

“He’s also hired her a new driver, who reports to him,” says our source.

Things have gotten so intense at the show that producers have been warned that all scripts must go to Hunter before Williams can even read them. And Hunter must approve all the ideas for segments and celebrity guest bookings.

Williams is reportedly onboard with her husband’s firing in order to save their marriage. The couple married in 1997 and has previously had to deal with infidelity. Since Hunter’s public cheating scandal, the couple have constantly been the subject of cheating rumors.

“Things have gotten so bad that she is seriously considering filing for divorce,” the source told B. Scott.

The Wendy Williams Show has been renewed until 2020. However, after the recent HBCU/NAACP debacle, execs clearly have no problem firing people to keep sponsors happy and to ensure the show remains a success.

The way Wendy rides for her husband, I’m not sure about the divorce talk. However, I think she truly loves doing her show and if she has to part ways with her husband on a professional level, she just might do so.