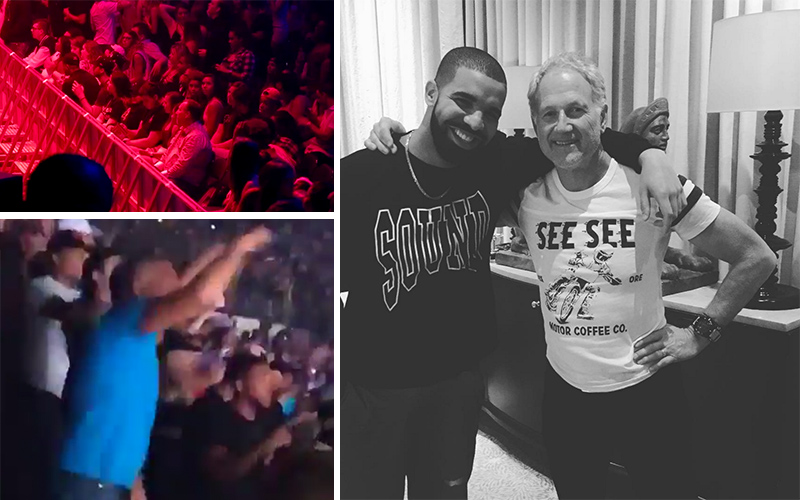 The rapper/singer from the Great White North is often credited with being the voice of a generation. Most people interpret that to mean the voice of this generation, but Drake’s reign extends well beyond the millennial set.

Check out this middle-aged dad fist pumping like crazy to “Headlines.”

And what about this this overweight, balding gentleman at a Drake concert in the front row who’s nodding his head oh-so-viciously.

I hope I grow up to be just like this Dad at the Drake concert (front row) pic.twitter.com/NXhSn2r0JK

But the biggest white-old-man fan Drake has is definitely Nike’s Tinker Hatfield.

He’s a designer at Nike and it appears will be involved in any Drake-affiliated footwear that the brand puts out. Poor Kanye might claw an eyeball out at the sight of this.

But for real tho, who knew Drake was resonating with old white men like this? How much you wanna bet Donald Trump has some Drizzy in his playlist too?