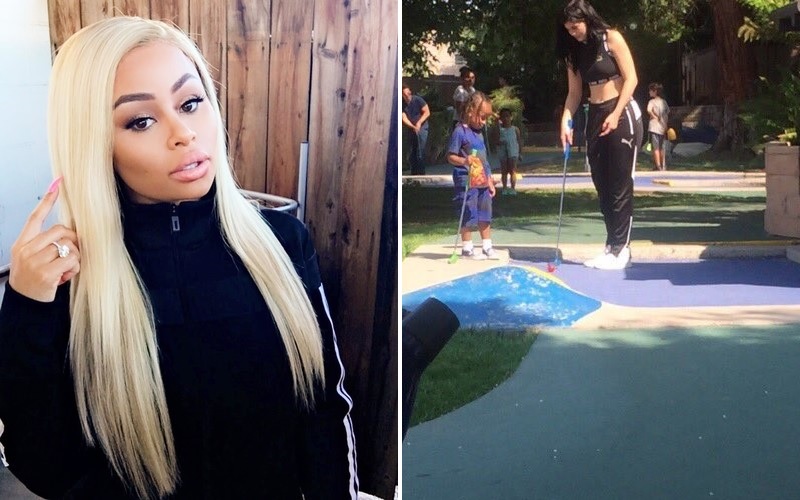 I’m still not buying the notion that Kylie Jenner and Blac Chyna have become BFFs, but the two are seemingly putting family before their petty drama. Jenner was recently spotted spending quality time Chyna’s son.

Earlier this week, Jenner and King Cairo spent the afternoon in Sherman Oaks playing mini-golf. Tyga was also present, but the paparazzi photos showed the 19-year-old being more hands-on. Hmmm, is she trying to show Tyga she’s step-mama material? This could have easily rubbed the pregnant Chyna the wrong way. However, sources say she has no issues with the youngest Jenner having special moments with Cairo.

Sources close to Blac Chyna tell us she actually enjoyed the pics of Kylie and King at a mini-golf course. We’re told Chyna’s good with the entire Kardashian brood … a brand she’s personally growing – she’s weeks away from giving birth.

She’s also not stupid and knows Kylie will become her sister-in-law and if she starts picking fights with her, Kris will side with her daughter, which will cause Chyna financial and other problems.

TMZ definitely threw in a little shade at the end, but also made a valid point. Chyna and Jenner’s frenemy relationship was probably all fun and games before Chyna became a member of the family. Now, Chyna has to tread lightly for the sake of her relationship with Rob Kardashian and their unborn child.