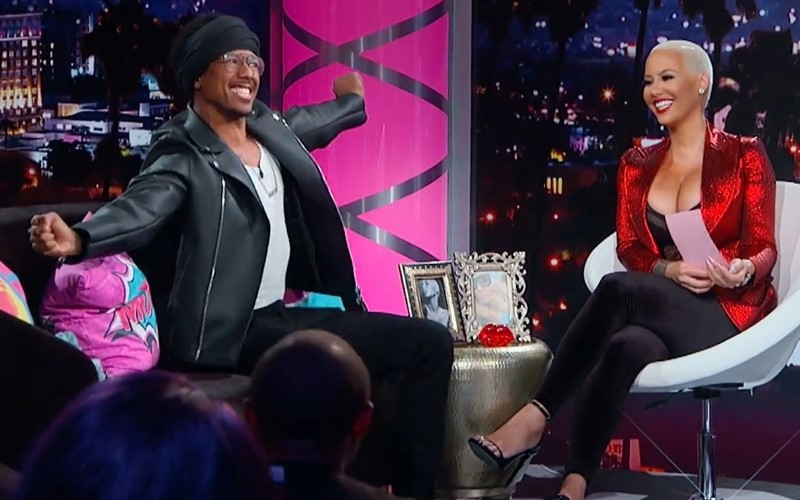 So, this is gross and will probably leave you with an image you don’t need, but I’m going to share it anyway. Nick Cannon has revealed he and Mariah Carey used to have sex to Mariah’s own music.

The America’s Got Talent host revealed the intimate detail on the latest episode of the Amber Rose Show after Rose posed the question. Cannon first gave us an unnecessary glimpse in his and Carey’s sex life back in 2012 on the Howard Stern Show.

“I’ve answered this question while I was married — mistake! Yes, I have,” Nick told Amber Rose. “She didn’t like the fact that I told the world that we have sex to her music, but it was true!”

I guess since Mariah Carey no longer controls him or pays him allowance, Nick didn’t see the harm in answering the question one more time.

He even goes on to brag about it. “Can you imagine having sex with Mariah Carey while Mariah Carey is playing in the back?” he said while hyping the audience.

Of course, Amber continued the interesting topic by asking what song the now-divorced couple did the nasty to. Shocker, it was the classic, “Hero!”

“When a hero comes along,” he joked. “Just saying. She wrote it.”

UGGGHHHH! I’m never going to listen to that song or remember my 5th grade graduation the same way again!