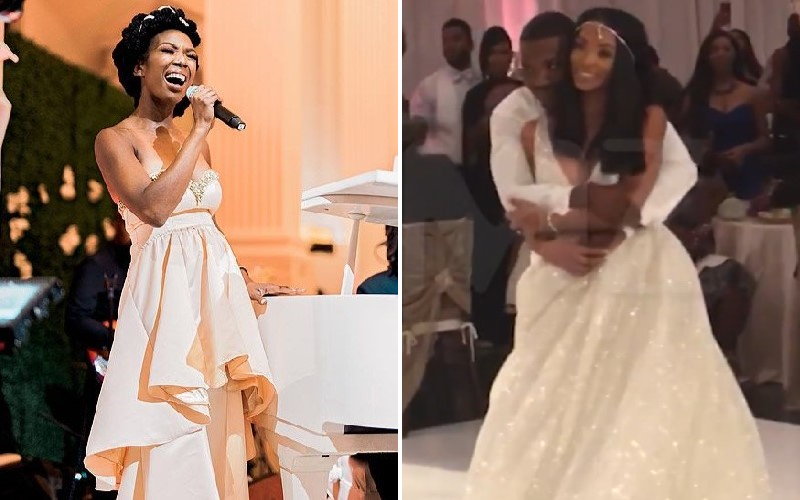 In case you didn’t believe us, we have more proof that Ray J and Princess Love actually made it official and jumped the broom. A video of Brandy singing the couple’s first dance selection has leaked.

Is wrong that I’m more interested in Brandy’s vocals than the newlywed’s first dance? I mean, why does she have to slay every time someone passes her a mic? No one told her to sing like this! To be honest, even the couple and the guests were praising Brandy rather than focusing on the dance.

However, back to the wedding. Brandy also posted a sweet message on her own Instagram. “I believe in Love because of these two inspirations. They’ve overcome it all and still made it to the alter… Never give up on the one that is meant for you,” she wrote.

You can watch all the preparation (and drama) leading to the wedding on the current season of LHHH.