GOSSIPONTHIS.COM Hip Hop So, Kodak Black Won’t Be Getting Out of Jail After All 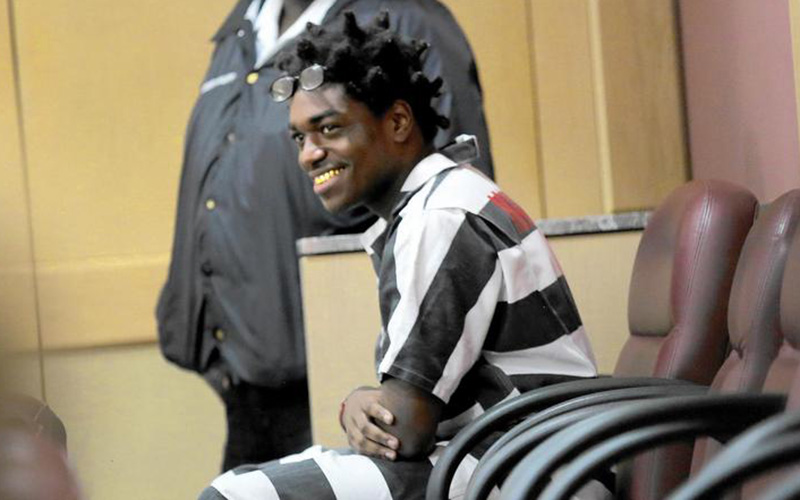 Bad news for Kodak Black fans. The “Skrt” rapper was supposed to be released from prison yesterday, but that didn’t happen.

According to the Sun-Sentinel, during the process of Kodak being released from Broward Main Jail in downtown Fort Lauderdale, police discovered that he had two active arrest warrants. One in St. Lucie County, Florida and the other out of Florence, South Carolina.

“One of them is a no-bond hold. At this point he’s still going to be in jail. He’s not going to be released,” said Broward County Sheriff’s spokesperson Joy Oglesby.

The Broward Sheriff’s Office didn’t reveal what the warrants for Kodak’s arrest were or why they were just being discovered.

The day before, in another court appearance, Kodak (whose real name is Dieuson Octave) had been sentenced to a year of house arrest and five years of probation after striking a plea-deal with the judge.

Between April and May of this year, Kodak was arrested on several charges, including possession of a weapon by a convicted felon, fleeing from officers, robbery, false imprisonment, marijuana possession and driving without a driver’s license. He was facing 55 years in jail in prison for the charges.

Several executives from Atlantic Records showed up to Kodak’s hearing on Tuesday and helped convince the judge to give him a second chance.

“I will give you an opportunity, Mr. Octave, to prove yourself here, and be a productive member of society,” Judge Lisa Porter said to Kodak during his hearing. “What happens from here on out is up to you.”

Well, it looks like the wait will be a little longer for Kodak and his fans. Free that guy ASAP!