GOSSIPONTHIS.COM Pop Culture Ray J and Princess Love Finally Made It Down the Aisle, See... 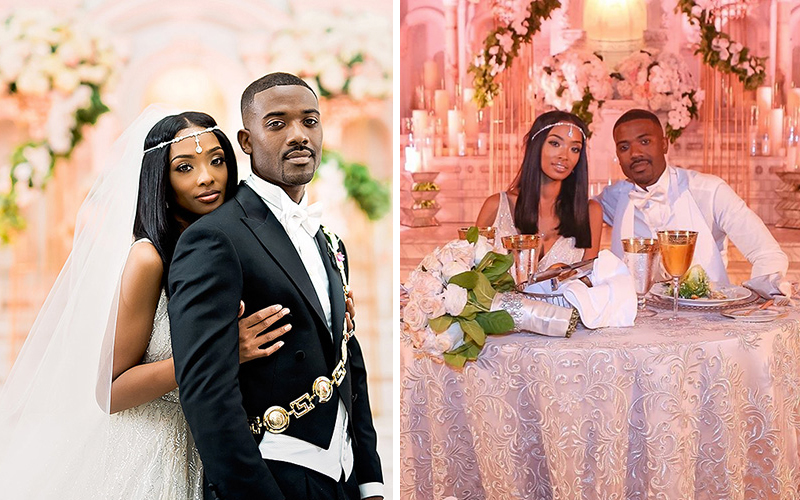 Two of the most popular Love & Hip Hop Hollywood stars are not only celebrating the premiere of the show’s third season, but also their wedding. Ray and Princess have finally tied the knot.

The couple’s rocky relationship has captivated the LHHH audience for the past two seasons. However, there was nothing but love as they exchanged vows on Friday (Aug. 12) at the popular wedding venue, Vibiana, in LA with 150 guests in attendance.

“I just want her to have the time of her life and remember it as the best day in the world,” Ray J told People magazine. “Even when I wasn’t with her, I told my friends ‘She the one, she the one.’ It was just something about how I felt when she was around me.”

Given the star-studded event, the ceremony was one to remember. The Game was one of Ray J’s nine groomsmen, while his sister, Brandy, served as one of Love’s bridesmaids.

The bridal party walked down the aisle as Anthony Hamilton sang “The Point of it All” and Brandy sang the classic “At Last” during the couple’s first dance. Dressed in a beaded Lazaro gown, Love had the elegant wedding she dreamed of. Throughout their ups and down, she believes she found the prince to her princess.

“He’s the only person I’ve ever been with that I couldn’t see myself without,” she said.

The Love & Hip Hop franchise is filled with messy relationships, and this one is no different. However, the two have made it down the aisle and we wish them all the luck in this new chapter of their lives. Something tells me they’re going to need it.

Preparations for the wedding and the ceremony will be featured on this season of the VH1 reality show.

Check out some photos/video footage below: