GOSSIPONTHIS.COM Hip Hop Hooking Up With the Kardashians: The Game Makes Shocking Claim in New... 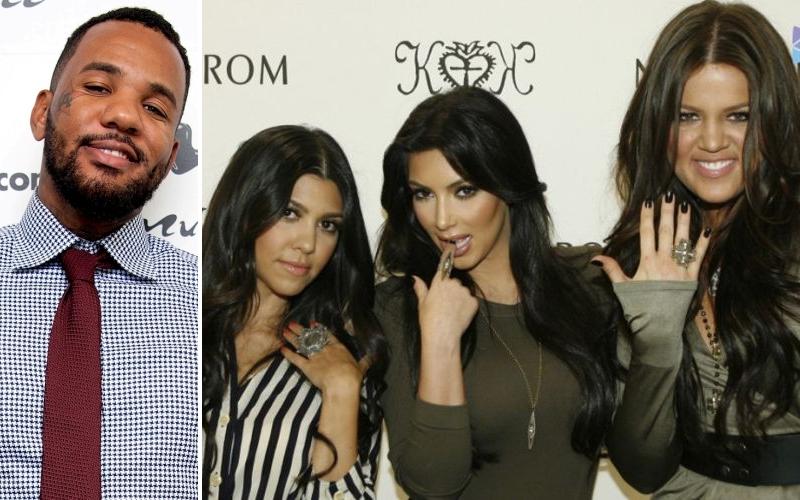 It’s no secret that the Kardashian sisters have been linked to several high-profile men throughout the years. But have the famous sisters hooked up with the same guy? Rapper, The Game, would like us to believe so.

The rapper just dropped a new song, “Sauce,” featuring DJ Khaled. However, a few lines in the song’s final verse are standing out from the rest.

“I used to f**k b*tches that Usher Raymond passed off / Then I fucked three Kardashians, hold that thought”

Oh, snap! It definitely sounds like Game just admitted to doing the nasty with Kim, Khloe, and Kourtney Kardashian.

I’m not sure if Game was sharing intimate details, or if he was just spitting random lines for shock value, but the rapper does have a recorded history with the Kardashian family. In 2014, he admitted to dating Kim for a “short while.”

He’s known Khloe since she was 14 and even lived with her when she was just 17-years-old. The reality star was being rebellious at the time and moved out her parents’ house to live with four older guys, one being the Game. However, she said the roommates were all just friends and nothing sexual happened.

The two were also recently linked together after Khloe separated from Lamar Odom.

Things get iffy when we look into his relationship the oldest Kardashian sister. Game and Kourtney have never been romantically linked in any way, but given his closeness to her younger sisters, it’s safe to they’ve run into each other. (And that’s not a double entendre)

We all know Game has no shame in flaunting what he’s got. But you’ll have to listen to “Sauce” and judge for yourself whether you believe he actually hooked up the Kardashian sisters or if he’s just piggybacking off the many rumors.