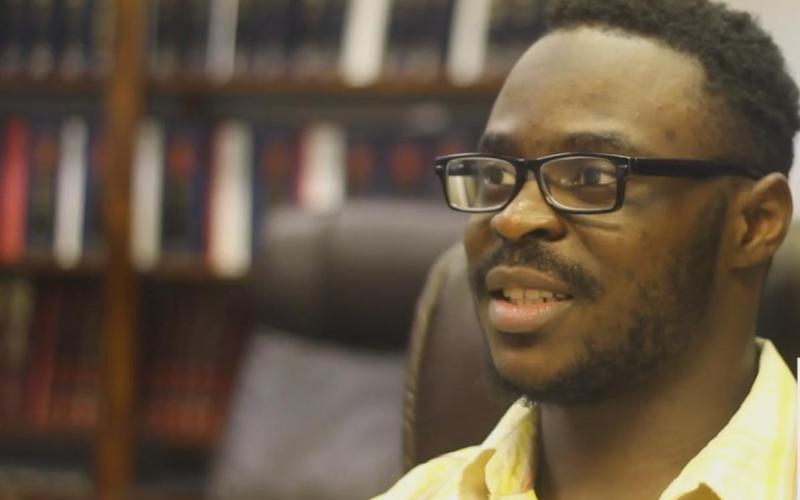 Social media rejoiced as news spread Dylann Roof, the racist that shot 9 black people dead in a Charleston church, was beaten by a black inmate. Dwayne Stafford was released on bond and is sharing details of the incident and his relationship with Roof.

News site Black Collective exclusively had the chance to talk to the 25-year-old, who has arguably gained hero status after beating Roof in the shower. Stafford said he “had the power to bust [Roof’s] ass” after months of gaining his trust.

The fight left Roof with a black eye and scars on his cheek “like [from] a boxing match,” Stafford said. He was also taken to medical for around 30-40 minutes. “Usually that don’t happen in a fight.”

A clip of the interview is below. You can watch the full 12:00 interview here.

Stafford says he was the only person to talk to the murderer when he first arrived. He heard about the shooting and updates through the newspaper and listening to Charlamagne Tha God discuss the massacre. After hearing Charlamagne say Roof intended to start a “race war,” Stafford wanted to know what made Roof feel such a way.

The two talked through a cell door and guards eventually didn’t see Stafford as a threat to Roof. Though their conversations were “peaceful,” Stafford believes Roof was not sincere and was only trying to gain sympathy.

Stafford claims Roof even bragged about killing an 11-year-old girl during the attack.

“He said something like, ‘I thought I killed the girl, the little girl, but they was like she didn’t get killed,’ and I was like ‘No, you didn’t get her. She played dead on you from what I heard.’ That’s when I gave him the smart aleck, saying like ‘you so bad but you let that child get off on you.’”

In addition to being angry over the murders, Stafford’s attack on Roof also seems motivated by a more personal vengeance. While he was in jail, Stafford’s father passed away. Still a racist, Roof said “f**k your day” to the grieving inmate. This caused anger and hurt Stafford couldn’t express and he ultimately decided, “I’mma get to him, on my daddy’s grave.”

Unable to post bond, Stafford spent 571 days in jail without trial. He was released on $100,000 bond on August 5th, coincidentally after his story went viral. However, contrary to reports, donations from fans did not contribute to the bond. According to his lawyer, Stafford only directly received $379 in donations. It’s unclear where any other monies went, and they are looking into the matter.

Stafford says he is homeless and living in temporary housing. An official crowdfunding page has been created via CrowdRise, and you can donate here.