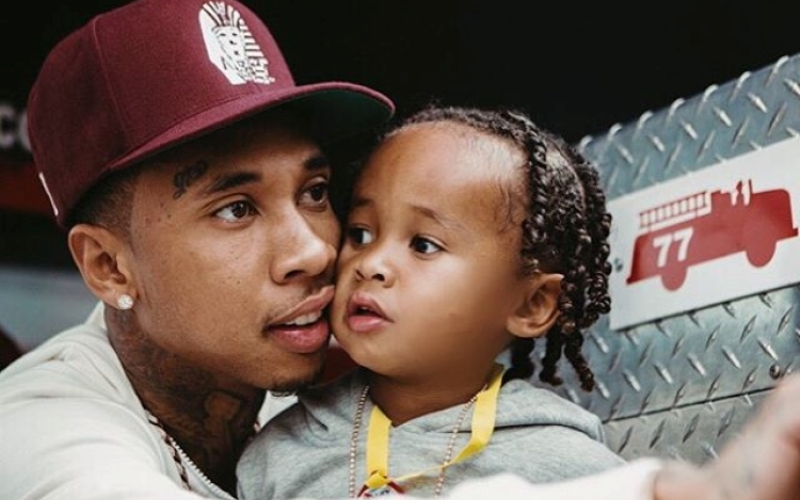 I guess he’s just a product of his raising. Blac Chyna and Tyga’s son King Cairo seems to be picking up bad habits from his parents and taking them to preschool.

“He had an incident at school. They called me and it was like, ‘Your son, he’s walking around saying the b-word,’” the rapper began to explain during a visit to Hollywood Today. “And I was like, ‘Where did he hear that?’ And the school was like, well, he told them, ‘My dad says it in the studio.’”

Little King Cairo is not playing around. He’s making sure everybody knows who he is while on the playground.

“I try to keep him out of the studio and I try not to play songs while he’s around, because he does stuff like that but, you know, it happens,” Tyga said.

The three-year-old is clearly learning it from somewhere, though. Could he have overheard mommy talking about daddy’s girlfriend? I kid, I kid!

Maybe the rapper will have better luck shielding his next offspring from such words. Although he and Kylie Jenner are not expecting kids anytime soon, rumors are swirling he’s preparing to propose on the reality star’s upcoming 19th birthday.

“She might be watching, so I can’t [say],” he said when Hollywood Today brought up the rumor. “It’s just really about what you feel. How do you get someone that has everything, you know?