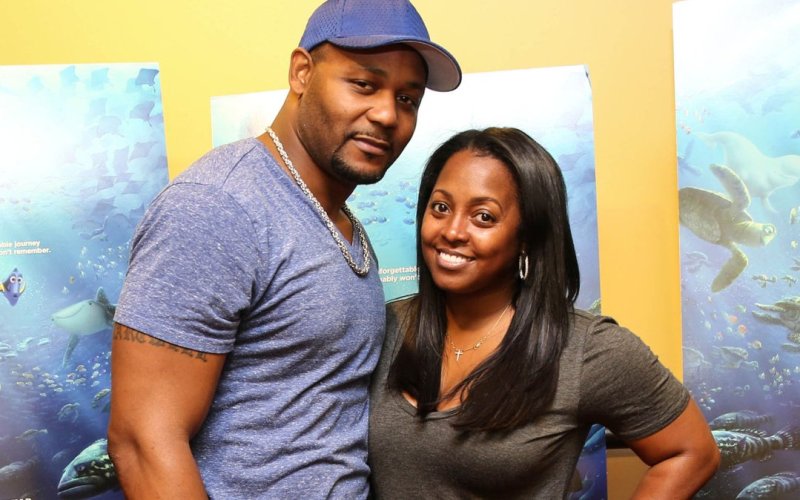 Well, that was quick (no pun intended). We were just celebrating Keshia Knight Pulliam’s pregnancy and sadly, we now have to report she’s getting a divorce.

It has been confirmed that Pulliam’s husband, retired NFL player Ed Hartwell, has filed for divorce, just a week after the couple announced they are expecting their first child, a girl. Per the court documents (via The YBF), Hartwell cited “irreconcilable difference” and also requested a paternity test. Wait, so little Rudy cheated?!

“Right now, the only thing I want is a paternity test for the baby,” Ed (via his rep) exclusively told The YBF, who broke this story.

Another source says Hartwell doesn’t have any evidence that Pulliam cheated, but he is “concerned about the timing of the pregnancy.” He even reportedly told Pulliam to hold off from going public with the pregnancy on social media.

“It’s just that he had told her he wanted to wait before having a baby and things got really bad between them and then she pops up pregnant,” the source revealed. “The pregnancy came during a very dark spot in their relationship.”

Wow! This is all really shocking news. Exchanging vows on New Year’s Day 2016, the couple has only been married for seven months. Everything seemed to be going fine. However, their love affair was rather short. Hartwell proposed to the Cosby Show child star after only a few months of dating.

This was Pulliam’s first marriage, while Hartwell’s second. He was previously married to Hollywood Divas star Lisa Wu. The marriage lasted six years and they share a son.

2016 is shaping up to be the wildest year for Keshia Knight Pulliam. Married, pregnant, and divorced, all within half a year! Whew, that’s rough for anybody to go through.