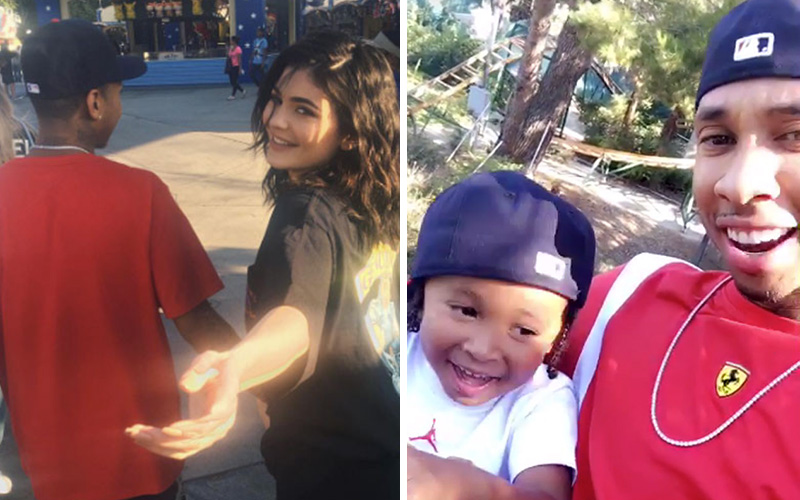 So this might be the first (and only) time I lowkey want to hangout with Kylie Jenner and Tyga. The couple recently spent a special day at Six Flags Magic Mountain with Tyga’s 3-year-old son, King Cairo.

Looking casual and a resemblance to Jenner’s original face, the three took full advantage of the amusement park. Jenner rode a few rollercoasters and Tyga captured himself and King enjoying a kid-friendly ride on Snapchat. However, even the toddler needed to get away from the off-and-on couple for a little bit as he rode a miniature truck ride all on his own. Though the couple broke up three months ago, they seem to be doing well since reuniting. The two have been spending lots of quality time together and with King. Jenner has even referred to Tyga as her “husband” while also sporting a ring on that special finger. There’s still no word if the couple is actually heading to the chapel anytime soon.