GOSSIPONTHIS.COM Pop Culture Leslie Jones Exposes All the Racist and Sexist Trolls That Harass Her... 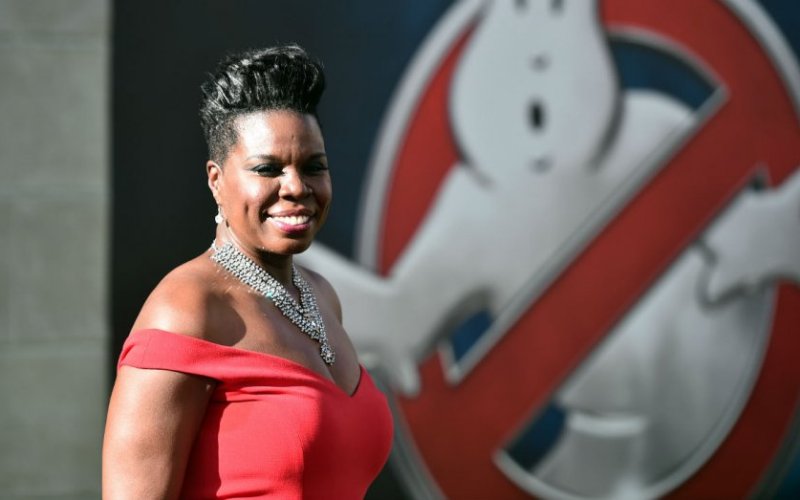 Though some people love to believe they live in a “post-racial society” or dismiss the concerns of people of color because “race is not an issue,” social media is a constant reminder that this is so not the case. Ghostbusters star Leslie Jones has recently been bombarded with racist comments and memes on Twitter and she’s calling out these trolls.

Jones is the only leading character of color in the all-female remake of Ghostbusters. Despite the film being highly anticipated and receiving positive reviews, she has been subjected to pure hate for simply appearing in the movie. Be warned, some of these tweets and images may trigger anger you didn’t even realize you possessed.

Ok I have been called Apes, sent pics of their asses,even got a pic with semen on my face. I'm tryin to figure out what human means. I'm out

I don't know how to feel. I'm numb. Actually numb. I see the words and pics and videos. Videos y'all. Meaning people took time to sprew hate

It's like when you think "ok I've proven I'm worthy" then you get hit with a shovel of hated. I'm numb. I mean I know there is racism.

I feel like I'm in a personal hell. I didn't do anything to deserve this. It's just too much. It shouldn't be like this. So hurt right now.

I leave Twitter tonight with tears and a very sad heart.All this cause I did a movie.You can hate the movie but the shit I got today…wrong

The Saturday Night Live! actress did not take the hate being sent her way lightly. She exposed the trolls by posting examples of the racist tweets she been receiving.

Yep so sad these people have mothers and sisters and aunts. So fucking sickening pic.twitter.com/fEVLEgUfGh

There are no words to describe how disgusting and horrible this is. Trolls hide behind keyboards and constantly say the most racist and sexist things for the fun of it and rarely face any consequences for their hate speech. I’m glad Leslie Jones took this moment to call them out. However, they don’t deserve this attention, they actually probably feed on it.

Jones exposing the amount of hate she receives on Twitter also sparked #LoveForLeslieJ. The trending hashtag allowed fans, celebrities, and other black female comics to show support for the actress. Though this support is appreciated, I’m sure it doesn’t erase the hurt and pain trolls have caused her over these past few days and weeks.

#LoveforLeslieJ @Lesdoggg we Love you girl and ur AMAZING!!! Send them haters to my page I'll get em str8 for you ??????

Sending love to @Lesdoggg. As a BLACK woman in comedy, you already have to fight FOUR times harder to get half as far. #LoveForLeslieJ

Wow. Yet another example: HURT PEOPLE HURT PEOPLE. Intolerable trolling. So much ignorance & hate. I stand with #LeslieJones #LoveforLeslieJ

She is a lovely, kind, funny person. She does not deserve this. Nobody does. But it keeps happening. #LoveForLeslieJ