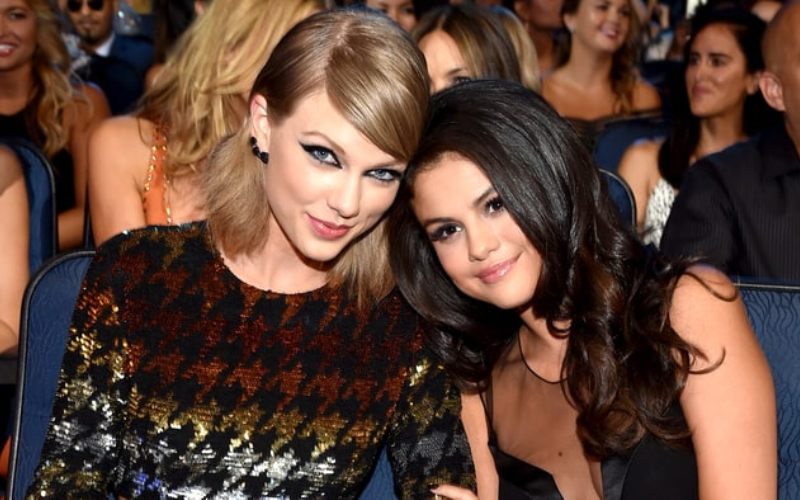 Selena Gomez found out the hard way never to interfere when Twitter is in the middle of dragging someone, even if it is one of your best friends.

As Twitter mocked Swift after being exposed by Kim Kardashian, Gomez jumped in the middle trying to protect the leader of her squad.

There are more important things to talk about… Why can't people use their voice for something that fucking matters?

Truth is last thing we need right now is hate, in any form

This industry is so disappointing yet the most influential smh

However, her tweets backfired and many questioned why the entertainer has been silent on #BlackLivesMatter and issues that affect the Latina community.

I'm actually offended at that comment. Because you've been asked to speak out on important matters and your camp said "no thanks."

In a now-deleted tweet, this is how she responded. From that point on, Gomez was going down just like Swift and #SelenaGomezIsOverParty also became a trending topic.

You don't even use your voice to sing https://t.co/avxGlgkj38

yall should know, selena was over after wizards of waverly place. she cant sing or dance soo #SelenaGomezIsOverParty pic.twitter.com/MGRr5sCKGv

#SelenaGomezIsOverParty??? Don't you have to start to be over? pic.twitter.com/NERfOUDlir

Selena isn't as important so I'll throw on something a little more casual for the #SelenaGomezIsOverParty pic.twitter.com/toBhptdHzr

Gomez was understandably trying to support her friends, but the situation didn’t even concern her. She should have remained silent on Twitter and reached out to her BFF Taylor Swift through phone, text, or some other form of communication.

Its also very interesting that she didn’t chime in when #TaylorSwiftIsOverParty was trending a few days ago. Hmmm… now why all of sudden is she participating in the Twitter antics?

Either way, I got my laugh for the day. I hope you did too.