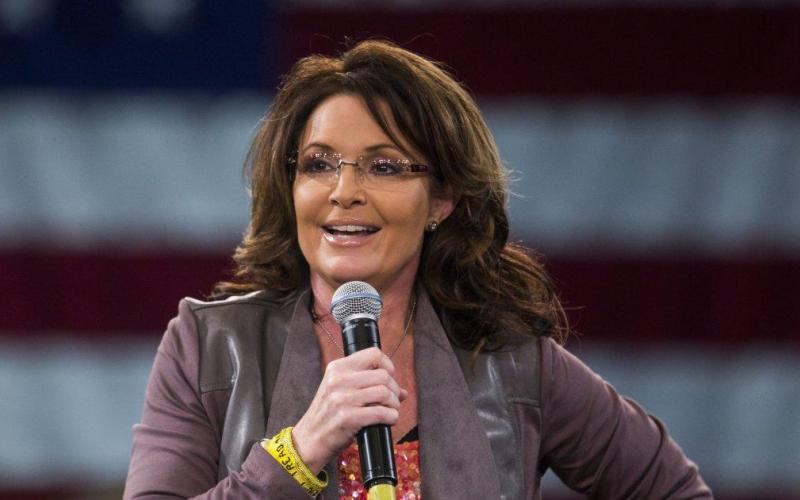 It’s 2016 and, unfortunately, Sarah Palin is still a thing. The former vice presidential candidate recently shared her thoughts on the Black Lives Matter movement. And yes, she’s still… less than smart (I’m trying to be nice).

Palin spoke to conservative podcast “Breitbart News Sunday” and encouraged media to stop labeling those in the BLM movement as “protesters.” She instead referred to them as “thugs,” “rioters” and went as far as the say they’re not even people. This is not a joke.

“They’re not protesters. You know, these are thugs, they’re rioters. And yeah, I’m calling out the media, saying quit claiming that these rioters are people.”

Conservatives clearly hate whenever black people organize and speak out against injustice and racism. But to suggest those in the movement are not people is completely ridiculous.

However, I’m not even that surprised. People of color have often been compared to animals and dehumanized. One of the main issue BLM raises is that black lives seem to have less value than whites. That’s why the motto is “Black Lives Matter,” not “All Lives Matter;” the later erases the former. But Palin and other conservatives continually dismiss the movement’s concerns while simultaneously proving them time and time again.

Palin’s sentiment is not new. It actually has become a prominent talking point for conservative rhetoric. However, white protesters are rarely, if ever, labeled “thugs” or “rioters.” Nor is their humanity every questioned.

An interesting note is that a Breitbart reporter was among over 100 people arrested during a BLM march in Baton Rouge. He was initially only there to report, but spent the 20 hours engaging with active members of the movement while they sat in jail. He left Baton Rouge with a slightly different perspective.

I can't stress this enough: not only do I believe my imprisonment was unconstitutional but I believe the other protesters was as well.

I doubt Palin, Breitbart News, or conservatives will change the way the view BLM anytime soon. However, this shows what actually listening to the concerns of marginalized people can do.