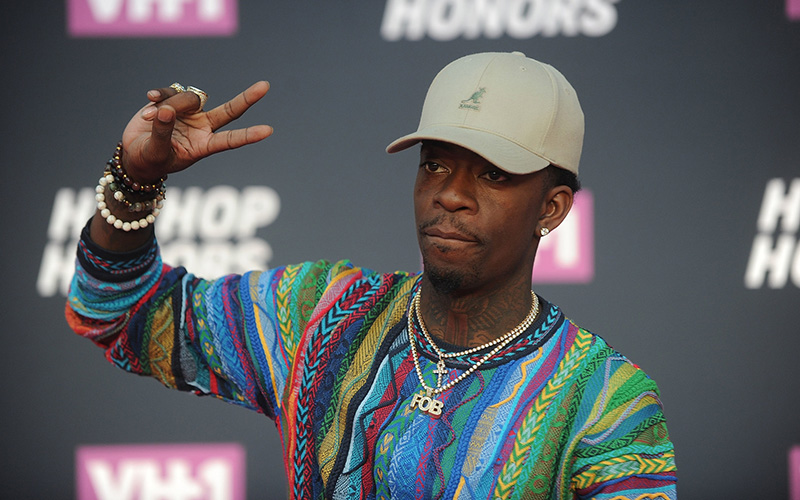 Quan took to the stage to perform Junior M.A.F.I.A.’s 1995 hit “Get Money” alongside Lil Kim, but when it came time to rap Biggie’s verse he totally forgot the words.

Lil Kim tried to step in and save Quan by rapping his part of the song, but the damage had already been done. Watch the video clip below.

Twitter, of course, went in on Rich Homie and made it known that he f*cked up big time.

Rich Homie Quan can never said he was inspired by Biggie as a rapper & forgot classic lyrics. Bye. He gotta go. #HipHopHonors

Whoever thought Rich Homie Quan was a suitable replacement for Big needs to be fired from life. #Hiphophonors

When Puffy pull up on Rich Homie Quan back stage pic.twitter.com/fxB7Zw1XHC

Rich Homie has since responded to all the slander and apologized to Biggie, his fans, and the city of New York in a post on Instagram.

I assure you that I never intended to disrespect Biggie Smalls. I have long respected his work and his contribution to the rap game.I greatly apologize not only to Biggie Smalls, but also to all of my fans and to New York. The city of New York has been nothing but good to me. I felt honored to stand on stage with artists I grew up listening to.Once on stage I had some technical difficulties and must admit I got nervous.I will forever be sorry to New York, my fans, Biggie Small, Lil Kim, and all the Hip Hop community for my performance. I hope you can accept my apology. To Lil Kim, Thank you for the opportunity.

Lil Kim also came to Rich Homie’s defense and thanked him for showing up for her at the last minute.

Spoken like a true giant. I loved you before and I’m gonna love you after Rich Homie. People make mistakes and things happen sometimes that we can’t fix or undo. If you guys only knew the technical difficulties that went on behind the scenes. I would like to thank my friend @richhomiequan for coming through for me at the last minute. It’s all love