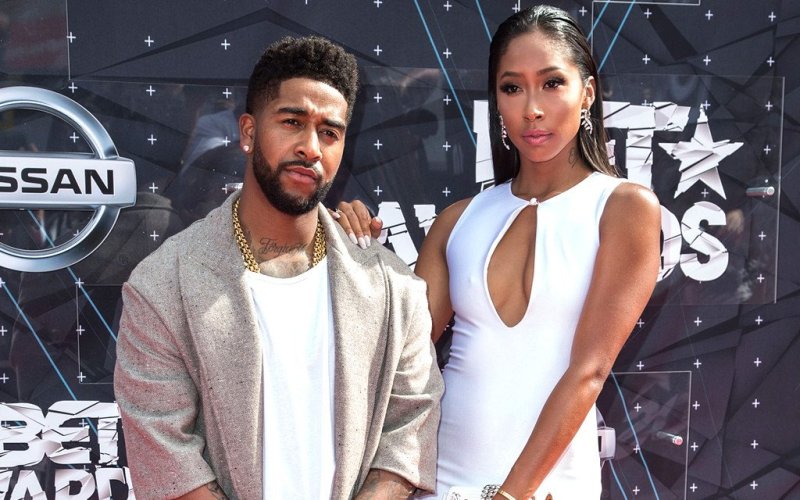 We can all stop tapping our toes while waiting for Omarion and Apryl Jones to get married. The longtime couple has announced they have broken up.

Omarion shocked fans with his announcement on Instagram. “The beautiful and talented mother of my children for whom I hold the highest regard and respect, Apryl Jones, and I have mutually decided to end our relationship,” he wrote after stating this will be the only time he will publicly discuss the private matter. Omarion and Jones have two children together. Son, Megaa will celebrate his 2nd birthday in August, while their daughter, A’Mei, is just four-months-old.

The couple starred on the first two seasons of Love & Hip Hop: Hollywood. They seemingly had the most stable relationship and fans believed they would walk down the aisle at some point. Unfortunately, even perfect relationships have a few cracks.

It’s unclear what lead to the split. However, Jones shut down some rumors via Snapchat, including a running joke the former B2K member broke-up with her after she stated “All lives matter” in response to the recent police-involved shootings.

The break up comes as a real surprise. Just three weeks ago, Omarion praised the mother of his children in a heartfelt IG post. “Maybe I don’t express my gratitude enough. I am rebuilding some things inside myself. With all that goes on in my world, I can depend on you. Because you’re solid. Thank you @aprylsjones just in case you needed a reminder on how awesome of a mother you’re,” he wrote.

Man, this split low-key hurts. Maybe they can work out their issues and find their way back to each other. Either way, we wish them well.