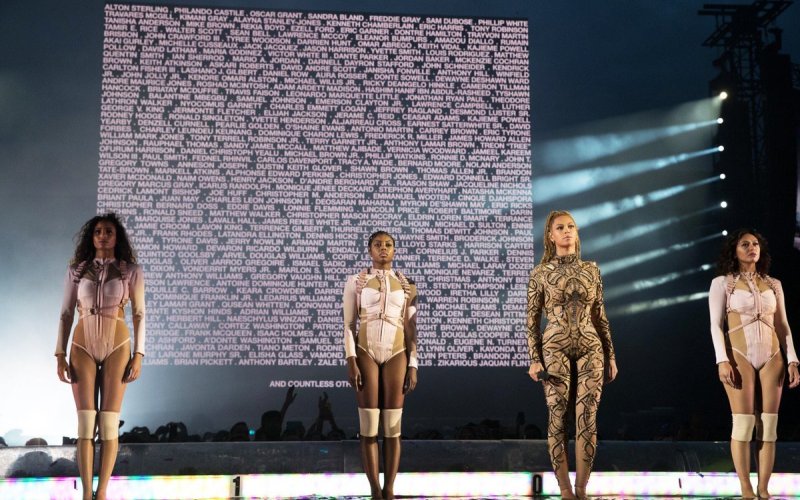 Since the powerful images revealed in her “Formation” music video, Beyoncé has been unapologetically championing the black community and supporting the Black Lives Matter movement. As we all mourn the shocking deaths of Alton Sterling and Philando Castile, the singer continues to speak out against police brutality.

The singer paused her July 7 Glasgow performance for a moment of silence for the two victims. The names of several other African American men and women killed at the hands of police officers were also displayed on a giant cube.

Beyonce then performed a touching a cappella version of her song “Freedom,” while her dancers stood strongly beside her in solidarity.

The moving tribute came the same day the singer penned an open letter about police brutality on her website.

“We all have the power to channel our anger and frustration into action. We must use our voices to contact the politicians and legislators in our districts and demand social and judicial changes,” she wrote. The letter focuses on the frustrations the black community and other marginalized people have regarding social injustice. She encouraged people to contact local politicians and legislators to demand change and reform.

She also included the helpful link, contactingthecongress.org. The site crashed after her posting, a sign that her words and influence are helping the cause to end police brutality.