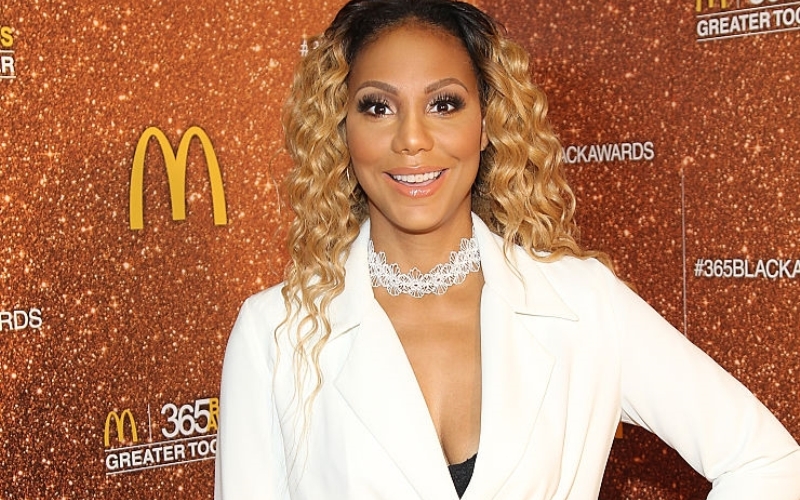 Tamar Braxton is rightfully still a little salty after being abruptly fired from The Real. Unfortunately, she recently had several run-ins with a few of the talk show’s executives while attending the Essence Festival in New Orleans.

Braxton, husband Vincent Herbert, and current The Real employees were all apparently booked in the same hotel. However, randomly seeing her foes was too much for her to handle.

“Tamar lasted one night in that hotel. She and her husband Vince [Herbert] kept running into executives from Warner Bros. and Tamar was very uncomfortable,” a source told Page Six. “She even walked through the lobby with dark black ‘Jackie O’ sunglasses. They were booked into a new hotel room first thing the next morning. Everyone was talking about how they demanded to leave.”

On top of that, Braxton also had to deal with seeing billboards of the remaining Real co-hosts posted around the city. The cast did several live shows while attending the festival. This was the first time they were together since Braxton’s exit. Photos of them rubbing elbows with Oprah and other superstars were also posted online.

Braxton was missing out on the fun with her former friends. However, she attended the McDonald’s 365Black Awards, which honored her sister, Toni Braxton.

You know Tamar has to bring a little extra drama wherever she goes. Though it’s still a fresh wound, she could have faced those execs with her head held high. The Real lost a big personality when they let her go and maybe a few viewers. Tamar also gets the last laugh as she has already signed on with Steve Harvey’s production company to host her own talk show. Though I’m not too sure how successful it will be, that’s the ultimate comeback.