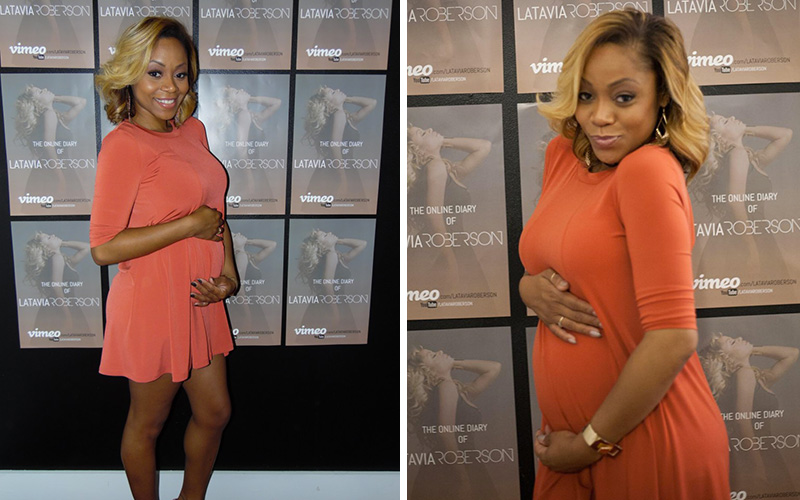 LaTavia Roberson, one of the original four members of Destiny’s Child, is reportedly “fighting for her life” after being rushed to the hospital due to complications from her pregnancy.

A source close to the singer tells The Shade Room that the 34-year-old’s health condition is currently unknown, however, she’s in pretty bad shape.

Roberson just announced she was having a baby a few weeks ago at the screening for her film “The Online Diary of LaTavia Roberson.” This would be her second child, as she already has a 2-year-old daughter named Lyric.

According to her Wikipedia page, after LaTavia was ousted from Destiny’s Child in 2000, she and LeToya Luckett (who was also dismissed from the group) formed a group called Anjel along with two other girls. They recorded nearly two dozen tracks but never released an album. After their album was shelved, Roberson went back to Houston to take care of her family.

Roberson has since starred in a number of stage plays, including In Those Jeans, and J.F. Bailey’s How to Love and Not My Family. She also made an appearance on The Real Housewives of Atlanta 2010 as a guest of Phaedra Parks, and starred in TV One’s “R&B Divas” for two seasons.

LaTavia Roberson’s work with Destiny’s Child earned her album sales of over 25 milions, along with several awards and nominations, including two Grammys and three Soul Train Awards.

Fans on social media are reacting to the news of her recent hospitalization by praying for her and wishing her well.

Awww ????
I pray LaTavia Roberson is okay. Bad baby news is a lot of heartache for any expected Mom to be to deal with.
Geessh.

Praying for the well-being of LaTavia Roberson and her unborn child as of this tweet from my end in NYC.

I hope she will be okay: https://t.co/jEsKN7kLq2