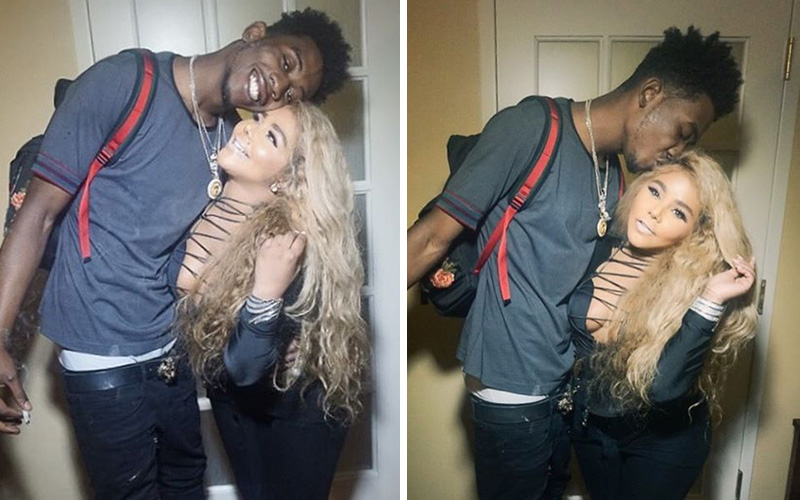 What the heck is happening with this strange relationship pairings? First Toni Braxton & Bridman and now Lil Kim is dating Desiigner???

This alleged couple came out of nowhere. But if we go by Kim’s Instagram account, these two are boo’d up. Or something.

Right after Desiigner thrashed around onstage during his BET Awards performance, Kim posted several pics with the rapper and some interesting captions.

“I luh hiiimmmmm, Your performance was so dope! I I’m so proud of you baby!!!” she wrote (she was so excited she put “I” twice). “So much fun when we’re together!!” another post read.

We see you! And it definitely looks like something is going on. But what’s truly strange is that there has never been an indicator the two were hooking up. Kim is 41 while Desiigner is 19. Although age is just a number, the two don’t exactly have the same friends.

The only time they’ve even been spotted together publicly was when they performed Desiigner’s “Panda” together in May during Puff Daddy and the Family’s Bad Boy Reunion concert at the Barclays Center. Kim had released a remix of the track back in February. So is that when sparks flew?

Either way, these odd hip hop pairing got me questioning everything. Stay on your toes because we don’t know what’s going to go down next.