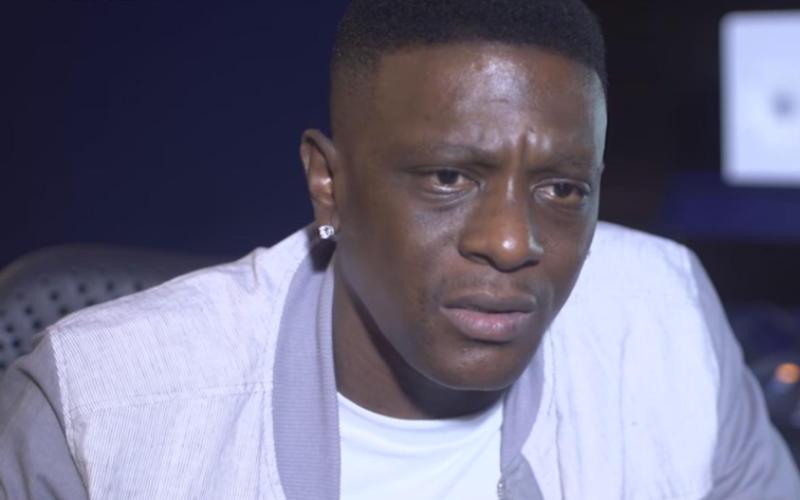 Lil Boosie is fired up over gay cartoons! In a new interview with VladTV, Boosie went off about his thoughts on homosexuality being represented on TV and in society.

Amongst his misguided views, Boosie says networks uses the gay community for monetary value and that half the population will be gay in 10 years due to the influence of television.

But he’s specifically worried about kids viewing what he presumes as homosexual content. He even went as far to say he would “slap his [son’s] ass straight” if he found out one of his sons was gay.

“You got cartoons that have gays. On Cartoons! These are kids. Let kids make their own decision if they wanna go that way. [A] six and seven year old, five year old shouldn’t be turned onto gay cartoon when their mind not even developed yet. What if they like how that cartoon talk? Now, you’re forcing them to be gay. Every TV show is gays. They’re kissing each other. It’s out of hand.”

Whew! Where do you even begin? There are just so many things wrong with this entire interview. But before I go off myself, one thing I’ve learned over the years is that you have to meet people where they are. No matter how wrong they are, Boosie’s personal opinions should be acknowledged.

I don’t know what cartoons Boosie or his kids are watching, but I’m sure gay people kissing is not a storyline covered on the average children’s program. Boosie only mentions children imitating how characters speak. Unless you base your opinion on negative stereotypes, how one speaks or talks has no impact on one’s sexuality.

Furthermore, positive representation is extremely important for all people within marginalized communities. Boosie states that homosexuality on TV was not prevalent when he went to jail in 2009.

Gay people on TV is not to influence others, but rather to represent and reflect our diverse society. It’s especially important for those who are ashamed of their sexuality because of thoughts like Boosie’s.

Try as he might, Boosie will fail if he thinks he can beat his hypothetical son straight. For most, it’s not a choice and there is no “gay agenda” in trying to sway young minds into “becoming gay.” Boosie says he doesn’t hate gay people, but he definitely has a peculiar way in showing it.