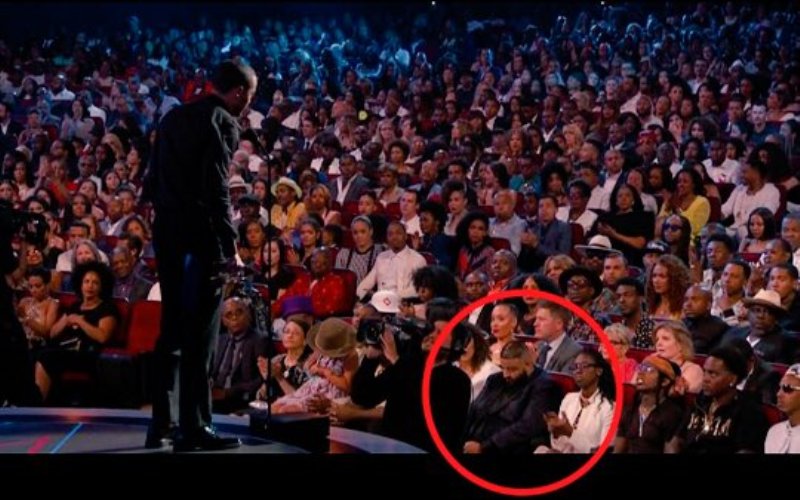 Rude and disrespectful! That goes out to you DJ Khaled.

The producer tries so hard to be motivational and inspirational, but during Jesse Williams’ impassioned speech at the BET Awards, DJ Khaled didn’t even look up. Though we were all holding our fist in the air and shouting “power to the people,” during Williams’ speech to notice, social media caught Khaled’s lack of interest after the fact.

DJ khaled ma rude, being on his phone while jesse williams speaks ? #BETAwards

Dj Khaled is playing on his phone while Jesse Williams is speaking. Like do better, dude. #BetAwards

Throughout the speech, Khaled was busy snapchatting, tweeting, texting, or browsing the net. Some suggested he must have been taking a quick nap in order not to be moved by Williams. He even was one of the few that refused to give the Humanitarian Award recipient a standing ovation.

Khaled has become extremely popular with his “keys to success” and “They don’t want us…” advice. Yet he completely ignores someone that is literally preaching to the people. I mean, how dare you?

I honestly don’t know much about DJ Khaled. However, I have been very pleased and entertained with his positivity and desire to encourage others. But, this incident makes me question his sincerity; all of his previous actions now seem disingenuous.

Khaled seriously needs to walk-the-walk and prove himself now. Snapchatting a few inspiring lines alone is not going to cut it anymore.