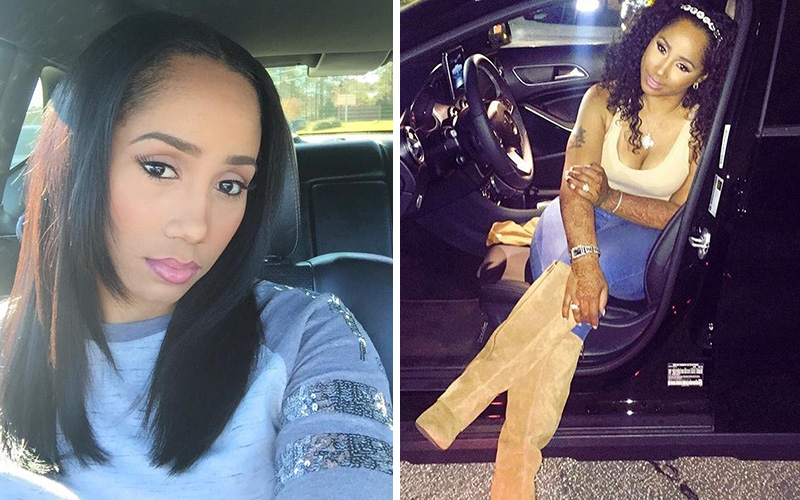 Police are investigating Kisha Brown’s murder, but currently have no suspects.

Here are 5 things you need to know about Kisha Brown and the details surrounding her tragic death:

According to police, Brown was shot multiple times while sitting in her Black Mercedes SUV in the parking lot of a strip mall on Cheshire Bridge Road. The shooting took place around 10:15 p.m on Friday night.

Brown’s friends say she stopped in the area to get her makeup done before going out to celebrate her birthday. She was struck by bullets through the front passenger side window.

2She was killed just hours before her birthday

Today would have been Kisha Brown’s 36th birthday.

In one of her last Facebook posts, she talked about how thankful to God she was to have made it to see another year. She also spoke on the recent death of her brother Marlon and how it would be the first year with him not by her side for her birthday.

Someone has a birthday tomorrow…I thank you lord for truly showing up in my life, always. I pray everyday you just order my footsteps and bless me with the wisdom to make great decisions in my life. The only thing I would love to have for my birthday is just have a fun loving dream tonight about my brother Marlon..first bday without you. God please give me strength because the very thought makes my stomach weak and these eyes water …but I also know it doesn’t hurt to cleanse the soul.

In the very last post on her page, she showed off her painted red birthday nails.

3Kisha was previously kidnapped by her ex-boyfriend

Jordan Jackson, a friend of Kisha’s, told news reporters that the actress/model had been abducted by a crazy ex-boyfriend from her Gwinnett County home in the past. Jackson said Brown only escaped by jumping out of a moving car.

“She went through a hard, very, very hard time with this breakup,” Jackson said. “She steadily voiced it, she feared for her life that something might happen to her.”

Brown’s ex-boyfriend Alfredo Capote has been wanted by Gwinnett police for rape and kidnapping charges since April. Police haven’t said if Capote is a suspect in the murder.

Brown’s younger brother Marlon was shot and killed at a Jacksonville strip club back in March. Last month, Kisha wrote a lengthy post on Facebook about how she was struggling with accepting his death.

I’m sitting up and it’s hard falling asleep just thinking about My brother Marlon. I’ve been trying to stay busy and I continue to Pray, but this heart and these feelings will just stop you dead in your tracks and boy I tell you …”It stings Me so bad”…it’s so much I just want to sit and look you in the eye and share with you ….As these tears of all kinds of feelings drop from my eyes I know and I feel you in a better place…

5She was an aspiring actress and model

Kisha moved from Jacksonville, Florida with her 11-year-old son to Atlanta to pursue a career in acting and modeling.

She starred in an indie crime film titled “Queen Pin” and recently was working on a small project with “Love and Hip Hop Atlanta” star Yung Joc.

Kisha also was the leading lady in Yo Gotti’s “5 Star” music video and appeared in Hurricane Chris’ “Halle Berry” video.

6Celebrities have paid their respects to Kisha on social media

Family and friends gathered early Saturday morning to make a memorial for Kisha at the scene of her death.

Shooting victim's friends fight back tears @ parking lot where she was shot. We're told she was a young mom #11alive pic.twitter.com/kpSqjz2H0A

Celebrities including Yo Gotti, Trick Daddy, Yung Joc, and comedian Lil Duval (who actually grew up with Kisha and considered her to be his “sister”) also paid their respects to Brown on social media.