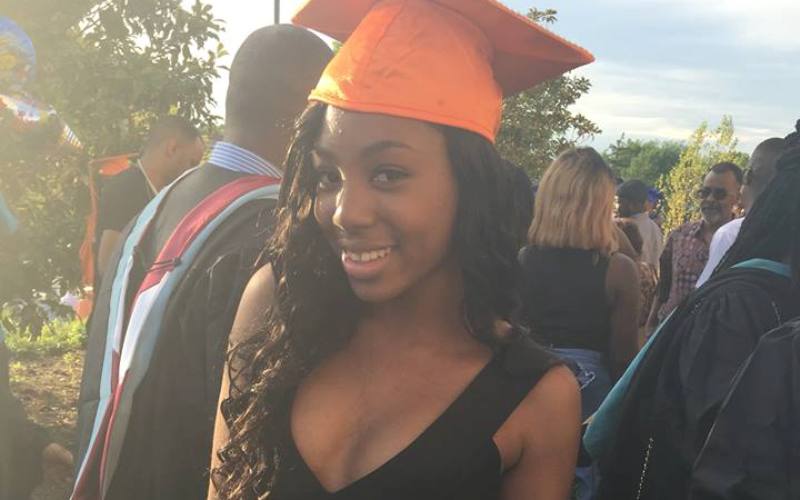 Go ahead and get your tissues ready; this young lady’s story is sure to your eyes a little watery.

16-year-old Destyni Tyree maintained a 4.0 GPA, graduated high school in just two years, and has been awarded a full-ride scholarship to college, all while being homeless.

And this is exactly how the Washington D.C. teen should feel, as the past few years have not been easy for Tyree and her family. After her mom lost her job and couldn’t afford the increasing Washington D.C. rent and cost of living, the family of three was forced to live with approximately 243 other families in one of the largest homeless shelters in the area: D.C. General.

The troubled upbringing affected Tyree’s performance in school. She was involved in fights, had issues with teachers and peers, and struggled academically. She was taken out of several schools until attending Roosevelt S.T.A.Y. High School, an alternative program.

Tyree was suddenly motivated and encouraged to excel. She took a heavy course load of classes, even on Saturdays, and worked 25 hours a week at an ice cream parlor.

She flourished socially as well. She started the school’s cheerleading squad, organized a field trip to a museum, helped students and teachers whenever possible, and helped create the senior prom, at which she was crowned prom queen.

“I just time managed. I just wake up and do what I gotta do,” she said. “Quite frankly, I’m just ready to go and live life. I know there’s a better life out there for me.”

Helping her family, specifically her little sister, was one of the main motivating factors in succeeding in school looking toward higher education.

Are you crying yet? Tyree is a shinning bright star for the future generation. She has overcome many challenges that many of us couldn’t even imagine. Great things are in her future and it gives me much pleasure to share inspiring stories like hers.

Tyree will attend Potomac State College of West Virginia University in the fall.