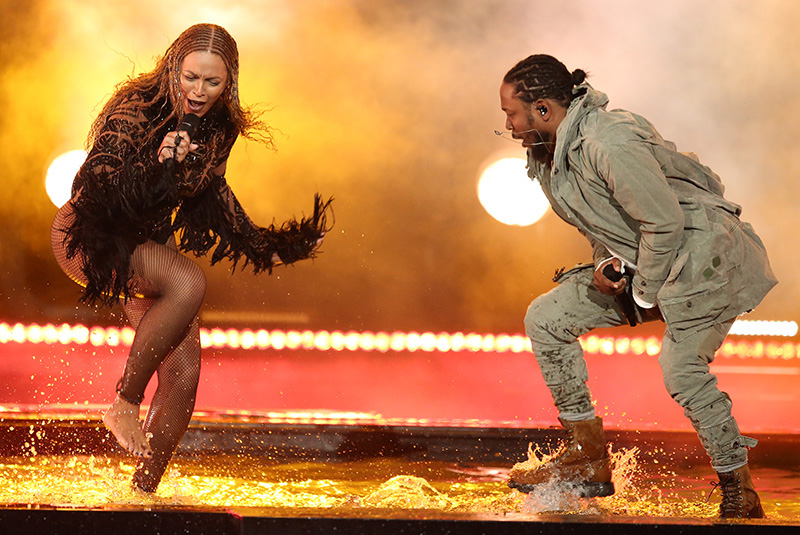 If you were under any kind of illusion that Beyoncé had up and forgotten her roots, she thoroughly disabused everybody and they mama of that wrong-headed idea with her very black opening performance of “Freedom” at the 2016 BET Awards.

The routine involves Beyoncé performing in ankle-length water (with full-on choreography might I add) as she belts and bellows “Freedom,” which roars with the pain, anguish and fury of black reparations. The performance isn’t new for anyone who’s been to the Formation Tour, but the extra treat for TV viewers is that Kendrick was there to deliver his guest verse in person.

And Kendrick didn’t just pop up and do his guest verse and then dip out. He hung around and actually did a little “Stomp the Yard”-style choreography too.

The whole BET Awards felt a bit like the Beyoncé Entertainment Awards as she was mentioned by name when she wasn’t on stage and the hosts Tracee Ellis Ross and Anthony Anderson bowed before the queen too.

Watch Beyoncé kill it at the BET Awards with a little assistance from Kendrick below.