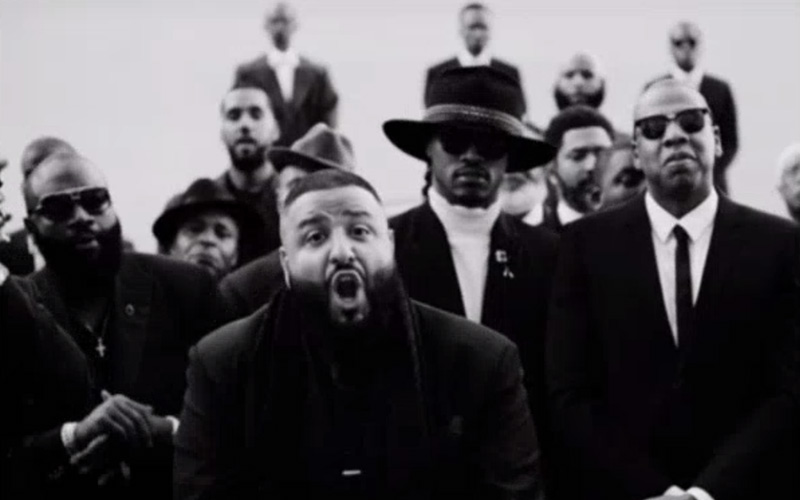 After months of teasing the track, DJ Khaled finally debuted his highly-anticipated Jay Z and Future collaboration “I Got The Keys.”

Khaled dropped the music video last night following the 2016 BET Awards and there are a TON of celebrity cameos.

In the black and white visuals, Jay Z raps from behind bars about how much of a boss he is and brags about being married to Beyoncé. He also namechecks their daughter Blue Ivy. “My swag different, that bag different. My wife Beyoncé, I brag different. My baby Blue, I dream in color,” he says on the track.

“I Got The Keys” is the second single from DJ Khaled’s upcoming album Major Key, due in stores July 29th.

DJ Khaled, Jay Z, Future – I Got The Keys https://t.co/HMkmkPrPUt