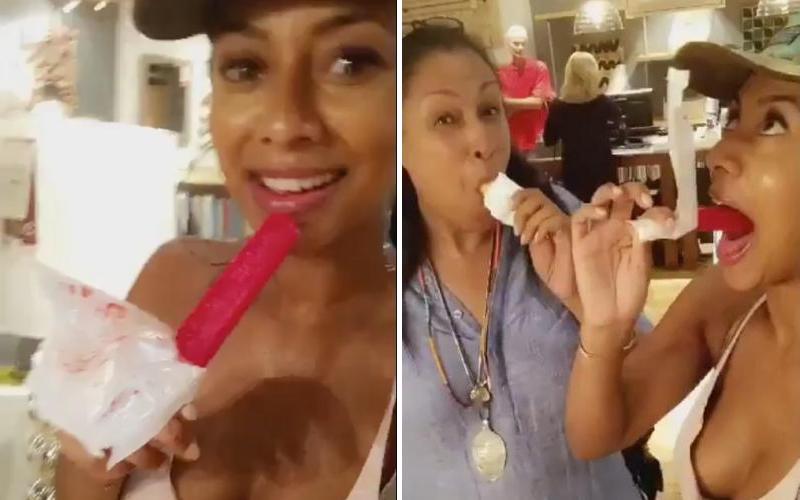 Don’t ever claim Keri Hilson has no talent ever again!

The singer is often dragged online for making negative comments about Beyoncé and criticisms of her own music. However, this week she became a trending topic after displaying a unique talent on Snapchat.

And yes, that’s her mama telling her to “do the whole thing.” In reaction to the 10-second clip, Twitter responded exactly as you would it expect it to.

If Keri Hilson is your mood: pic.twitter.com/rP8PfP3Ypg

Hilson proudly responded to all the hype on Twitter.

Wish I could blame it on the alcohol, but really I just be trippin all day. Sometimes I forget Snapchat's not just for my own enjoyment! ??

Though her mama instigated the moment, Hilton knew exactly what she was doing. Why else would she post it on Snapchat? She earned the viral moment she was seeking and might have even gained a few followers. Unfortunately, it probably won’t interest more people in her music. (OK, OK, I’m gonna stop throwing shade on behalf of Queen Bey.)

Hilson’s clip was a silly moment in time that clearly got a rise, so to speak, out of social media. And you can’t deny that the girl’s got some skills. Keep your eyes on the lookout for what she might post next.