GOSSIPONTHIS.COM Celebs Drake Sued by Producer Detail for Allegedly Having His Bodyguard Beat Him... 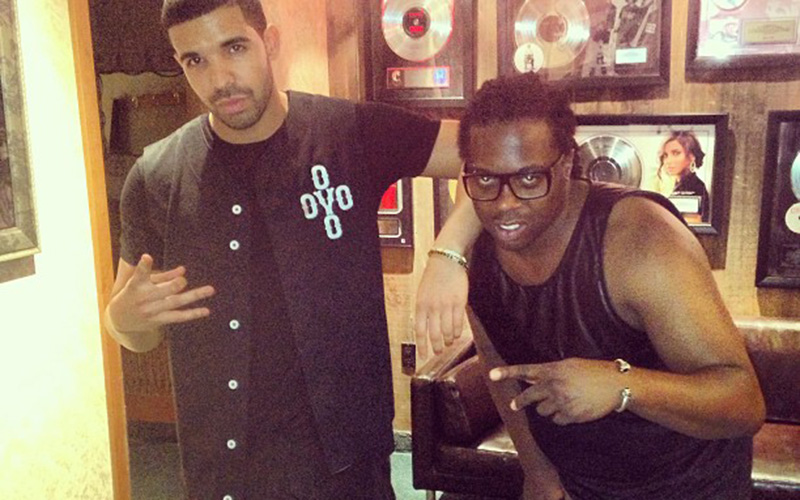 Drake may have been thuggin’ and looking for revenge way before summer ’16.

According to a new lawsuit, the “Hotline Bling” rapper allegedly had his bodyguard beat up a producer who refused to work with him, and only him.

The lawsuit filed by producer/rapper Detail, the man behind hits like Lil Wayne’s “How to Love” and Beyoncé’s “Drunk in Love,” claims Drake offered him a job back in 2014 to be his exclusive producer.

Detail says he declined because he didn’t want to be locked down to one artist, which didn’t sit too well with Drake. Later on in the summer, Detail says Drake invited him to his Calabasas home to work on music, but when he arrived, Drake’s bodyguard “Chubbs” attacked him. Detail claims he was left with a broken jaw after the incident.

The lawsuit claims Drake’s bodyguard said to Detail during the attack, “I will beat all your asses, including your bitches. I don’t give a f***. I will hit you again. Do you think Drake is soft? You think Drake’s a punk?”

Detail has just filed a lawsuit against Drake, claiming the famous Canadian offered Detail a plum job back in 2014 as his exclusive producer. Problem was … Detail didn’t want to be tied to one guy, so he declined.

According to the lawsuit, the rejection didn’t sit well with Drake, who became irate. Time passed but the bad feelings lingered. Detail claims in June 2014, Drake invited him to his Calabasas estate, on the pretext of working together again.

Detail says he arrived at 2 AM and was met by Drake’s bodyguard, Chubbs, who coldcocked him and broke his jaw.

Detail believes Drake set the whole thing up and wants him to pay for it.