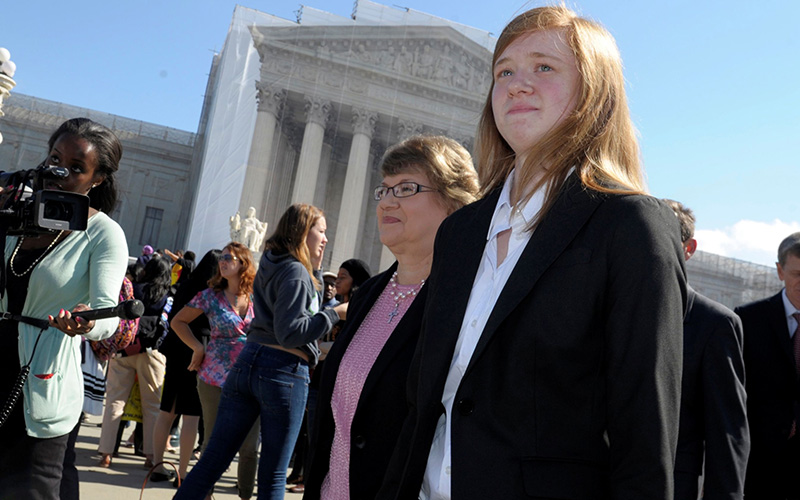 Abigail Fisher is possibly having the worst week ever, but that’s not stopping the internet from clowning her catching its giggles — and I can’t even be mad about it.

Fisher challenged affirmative action after being denied acceptance to the University of Texas at Austin because she is white. However, the Supreme Court sided with the university and affirmative action, ruling that she wasn’t admitted due to her poor academic record rather than her race.

With that note, the hashtag #BeckyWithTheBadGrades was soon created and became a top five trending topic thanks to the countless hilarious Twitter users.

In the past 8 years, #BeckyWithTheBadGrades could have finished her bachelor's degree and started a PhD. Instead, she chose to be mad. ??

When your white privilege didn't work and you have to actually work for something now #beckywiththebadgrades pic.twitter.com/rc7HiHe74p

When black twitter drags you but you thought you were safe #beckywiththebadgrades pic.twitter.com/GO9AWAi4hj

Affirmative action was clearly not the problem in this case. Even so, what opponents fail to acknowledge is that race is not the only factor that applies to affirmative action when it is utilized correctly. It’s used to help any select group that has historically been disadvantaged and/or discriminated against. In fact it’s white women, like Fisher, that often benefit most from the policy.

Though it seeks to diversify its campus, The University of Texas has developed an academic standard of accepting students within the top 10 percent of their graduating class. Disregarding her race, Fisher should have known from the start that being accepted was a long-shot.

And if she didn’t, she sure does now!