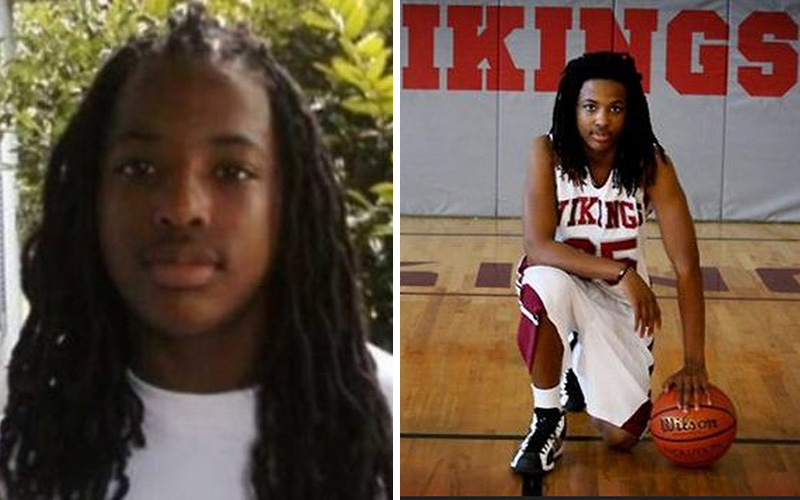 The tragic and mysterious case of Valdosta, Georgia teenager, Kendrick Johnson, is officially closed. Citing “insufficient evidence to prove beyond a reasonable doubt,” federal authorities announced they will not charge anyone in the 17-year-old’s death.

In January 2013, Johnson’s body was found head-down in a large rolled-up gym mat at Lowndes High School. An initial autopsy concluded he died from “positional asphyxia” after becoming trapped in the mat used for wrestling and cheerleading while trying to retrieve a pair of shoes for his weight lifting class. However, Johnson’s parents (Kenneth and Jackie Johnson) have long believed their son was killed and hidden in the gym mat as part of a cover up. At the Johnsons’ request, a second autopsy concluded their son died from a blow to the head that then caused a heart attack, supporting their theory.

(Editor’s Note: If you would like to see the extent of Kendrick Johnson’s injuries with your own two eyes, you can click here, but be warned, the photos are EXTREMELY graphic, similar to the case of Emmett Till.)

Even worse, the second autopsy revealed that Kendrick’s internal organs were removed and his body was stuffed with newspaper “like he was a garbage can,” as his mother Jacquelyn Johnson put it.

“I’m not sure at this point who did not return the organs to the body,” Dr. Bill Anderson, the Johnson family’s private pathologist said. “But I know when we got the body, the organs were not there.”

Kendrick’s parents even filed a civil lawsuit against the classmate they suspect killed their son. However, witnesses say Brian Bell — also a son of an FBI agent — was on the opposite side of the school when Kendrick was reported absent from his weight lifting class. The Johnsons dropped the $100 million wrongful death suit against the student and the Lowndes Board of Education in February.

The Johnsons met with prosecutors at the U.S. Attorney’s Office soon after the U.S. Justice Department determined the “KJ case” closed.

“All we ever asked for were answers and the truth about what happened to Kendrick and they still haven’t given us any answers,” Jackie Johnson said after learning the DOJ’s decision.

Details surrounding the case continue to be murky. Kendrick’s death very well may have been a freak accident, but his parents certainly have every reason to question the police’s suffocation theory. Though the DOJ has closed the case, the death of their son will continue to be an open wound full of questions and uncertainty. We will keep you posted on any new developments of this tragic story.