GOSSIPONTHIS.COM Pop Culture Twitter Roasted Keke Palmer Over Her New Look and She Clapped Back... 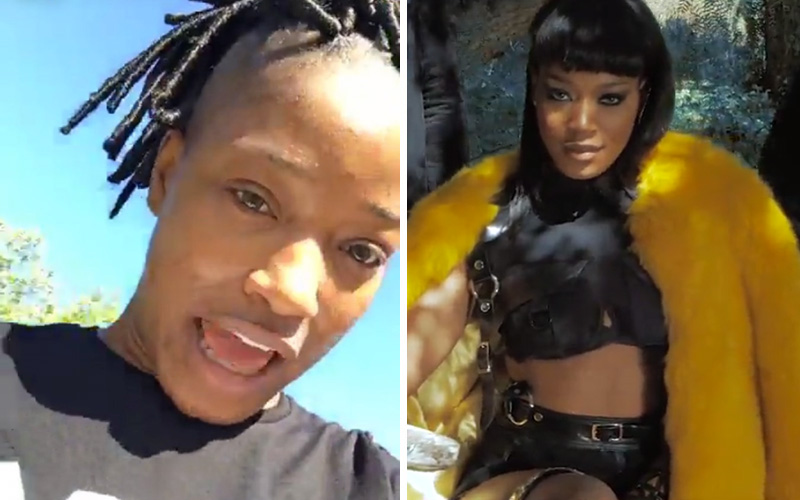 Keke Palmer is catching some serious flack over her new look.

After debuting her faux dreadlocks, shaved head, and new “Queen of Kush” neck tattoo, the 22-year-old actress became a trending topic on Twitter and got dragged by fans on social media about her appearance.

Is Keke Palmer going through a midlife crisis or….? pic.twitter.com/PVB1vV5h2L

Keke clapped back at all those who had not-so-nice things to say about her look and took the opportunity to release a new Aaliyah-inspired music video titled “Yellow Lights.”

She also released the following statement to Bossip:

I was trending on Twitter, I have been evolving as a young woman and I notice it has been gaining a lot of attention some good and some bad comments, and that is ok because it shows that people care about me and thinking about me and that is good stuff, one of my favorite videos was 4 page letter by Aaliyah so the vision for the video was a take on that vibe , mixed in with who I am as an artist.

I have my “shadow kids” dressed in black, I first introduced them in my “Enemiez video,” they represent my conscience. I love Aaliyah to me she was a true artist in every since of the word and I continue to just be inspired by her and let my heart guide me as always.”

The Kingdom of Kush or Kush was an ancient African Nubian kingdom situated on the confluences of the Blue Nile, White Nile and River Atbara. (1050/1070 B.C. – 350 A.D.) but at the height of its power in about 700 B.C. the Kingdom of Kush controlled the entirety of Egypt itself with Kushite Pharaohs ruling. What I love most is it’s history’s of female rulers!! In school, we very rarely ever learn about female rules and never about African rulers. Amanirenas was one of the most famous Queens of Kush. She reigned from about 40 B.C.E. to 10 B.C.E. She is one of the most famous kandakes(means queen really but that was the title back then), because of her role leading Kushite armies against the Romans from in a war that lasted five years ? (27 BCE – 22 BCE). She was able to communicate a peace treaty that favoured the Kushites, granting them land and an exemption from future taxation. She has been described as brave, with one eye #MyAncestors
P. S. “Egypt” is a Greek word meaning black, hence the rename when they invaded.