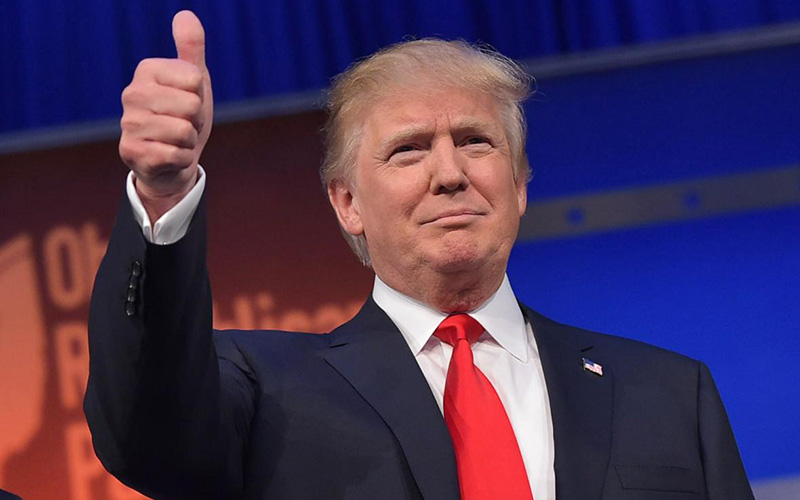 Republican presidential nominee Donald Trump wants to hold the highest office in the country—a job that entails protecting the country and upholding the constitution. Well, on Monday (Jun 14), he took a big dump on the very first amendment of the constitution: freedom of press.

In a Facebook announcement (the man loves his social media) Trump announced that he is removing the credentials of any Washington Post correspondent from all of his future events, essentially banning those reporters from exercising their American right of freedom of speech.

In his vitriolic status update, Trump said of the newspaper, “Based on the incredibly inaccurate coverage and reporting of the record setting Trump campaign, we are hereby revoking the press credentials of the phony and dishonest Washington Post.”

Trump lambasting an organization for inaccurate coverage and reporting is the definition of irony. Here’s a man who used last weekend’s tragic shooting to advance his own agenda, saying the shooter was born in Afghanistan—he actually said born in “Afghan,” but I’m pretty sure he meant the real country, Afghanistan. Turns out, he was born in the same damn city as Trump.

He’s also gone on record, multiple times, might I add, saying that the judge overseeing his Trump University civil lawsuit is biased against him, largely due to the fact that he’s Mexican. Wrong again, Donald. The judge was born in Indiana.

Now, the spectacle that is Donald Trump—and all of the crazy inaccuracies the come from him—might be entertaining were it not for the fact that he is one of two people who might run this country starting next January. So for him to ignore the rights granted to citizens in the constitution, particularly when he attacks his opponent Hillary Clinton by saying she wants to take away people’s second amendment rights, is dangerous.

But as has been the case this entire election season, the media coverage on the Donald will continue to prosper even if it won’t be from the Washington Post.