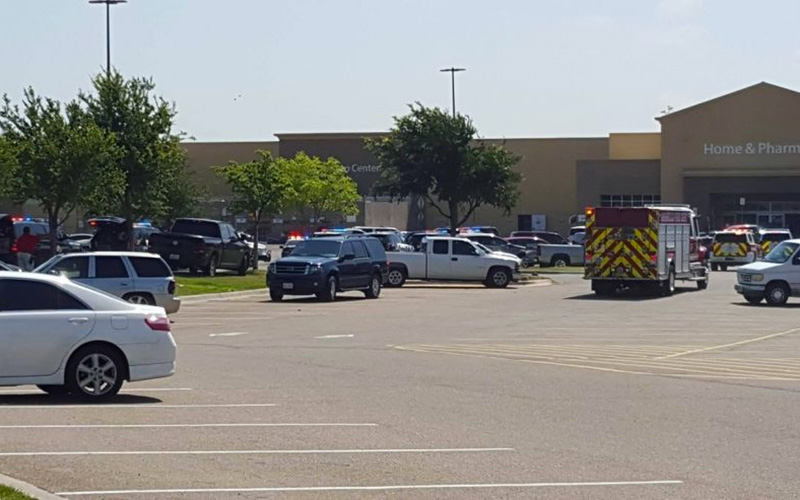 There are reports that police have shot and killed an armed person inside a Walmart in Amarillo, Texas.

The gunman allegedly took hostages and at least one gunshot was heard fired. Police described the situation as a “work-place violence” incident. None of the hostages involved were harmed.

Suspect has been shot by APD SWAT and is apparently dead. Hostages inside are safe https://t.co/gY8nVkbTml

A SWAT team shot and apparently killed a suspect who took hostages at a Walmart in Amarillo, Texas Tuesday afternoon, police announced, adding that all hostages were safe.

Nearly an hour after city officials reported an “active shooter incident,” police said they had entered the Walmart and there was no “ongoing” shooting.

“We do consider this a work-place violence situation at this point,” the Randall County Sheriff’s Office told Fox News. One store employee told KFDA the gunman earlier released a worker and the store manager but was still inside the Walmart.

No information has been provided on the gunman.