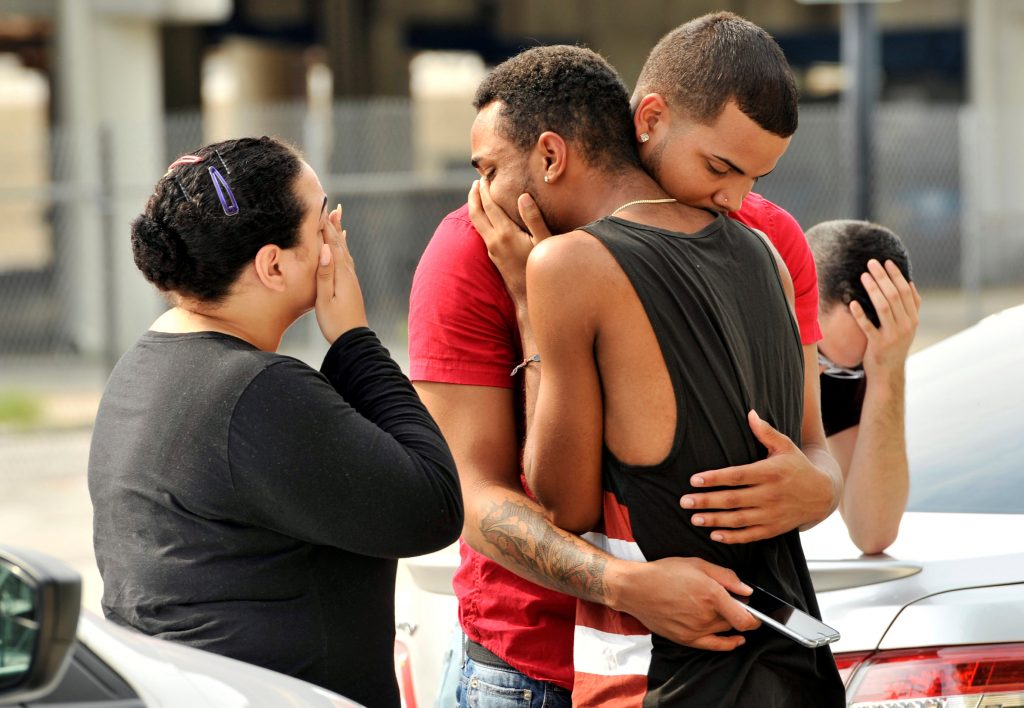 The shooter, Omar Mateen, was killed when police raided the club, but only after unleashing the largest mass shooting in American history.

Today, as news of the horrendous event poured out, reactions from around the world started rolling in.

President Obama came out condemning the act, which he declared an act of terrorism. He expressed his condolences to the victims, their families, and the city of Orlando as well as the entire LGBQT community who was especially affected by this shooting.

Obama also used this statement, as he has been forced to do so many times before, to express his desire for more substantial gun law reform to avoid further travesties like this in the future.

“We as Americans, we grieve the brutal murder and horrific massacre of dozens of innocent people…Although it’s still early in the investigation, we know enough to say that this was an act of terror and an act of hate…This is an especially heartbreaking day for all of our friends, all of our fellow Americans who are lesbian, gay, bisexual, or transgender…we have to decide if that is the kind of country we want to be.”

Other politicians came out on Twitter sending their support to victims of the shooting.

Woke up to hear the devastating news from FL. As we wait for more information, my thoughts are with those affected by this horrific act. -H

"This is a time to stand together and resolve to do everything we can to defend our communities and country." —Hillary on the attack in FL

"We need to keep guns like the ones used last night out of the hands of terrorists or other violent criminals." —Hillary on the FL attack

Horrific incident in FL. Praying for all the victims & their families. When will this stop? When will we get tough, smart & vigilant?

Appreciate the congrats for being right on radical Islamic terrorism, I don't want congrats, I want toughness & vigilance. We must be smart!

Our prayers are with those injured and killed early this morning in horrifying act of terror in Orlando.

Bernie Sanders took a harder stance when he released his statement, saying,”I’ve got to tell you for 25 years now, I’ve believed that we should not be selling automatic weapons which are designed to kill people, and we’ve got to do everything we can on top of that to make sure that guns do not fall into the hands of people who should not have them.”

All Americans are horrified, disgusted and saddened by the horrific atrocity in Orlando. Full statement: pic.twitter.com/ci5kxXKSyZ

But politicians weren’t the only ones coming out with statements after the shooting. A number of celebrities and athletes joined in the conversation as well, sending their support and asking when massacres like this will end.

Horrified by the mass shooting in Orlando. When will we do something to prevent these killing sprees?

I'm heartbroken for the victims, for Orlando, for the LGBT community, for our country. When does it end?

so. much. violence. it hurts my heart. sending as much Light and love as I possibly can to anyone and everyone I can possibly reach.

My thoughts and prayers are w my brothers and sisters who were at Orlando's Pulse Nightclub. RIP to those who lost their lives.

Unspeakable. So much suffering today. My heart goes out to the families of the victims in Orlando. #Pride

My heart goes out to the victims and their families. Our community has suffered a tremendous loss. We must stand together more than ever.

Just heard about the shooting at the gay club in Orlando. What can we do? Hard to even find words right now. #PrayForOrlando #Pulse

Shattered this morning by news out of Orlando. Ban assault weapons, fight hatred, don't succumb to fear or to demagogues.

I am gay and I am not afraid. Love conquers all. #PrayforOrlando

I'm truly at a loss for words. To everyone in Orlando affected by this massacre, my thoughts, love, & prayers are with u ??????

My heart is with everyone affected by the terrible events in Orlando. Hate, to violence, to more hate. Where does it end? Makes me sick.

And while politicians and celebrities mourn the losses of last night and demand answers on the front of gun reform, one particular group has failed to make a statement: The National Rifle Association (NRA).