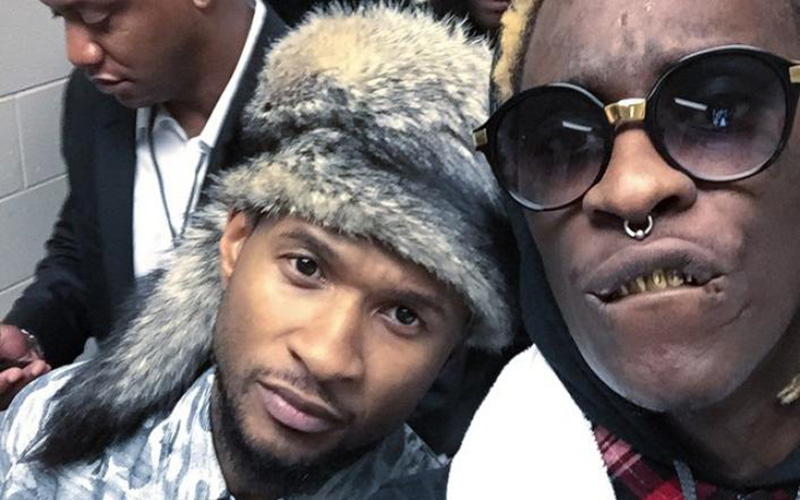 After taking a short hiatus from the music scene, Usher is back and ready to take over the summer. The R&B crooner has released two new singles from his upcoming eighth studio album Flawed exclusively on Tidal.

On the first track, “No Limit,” featuring Young Thug, Usher pays homage to Hip Hop legend Master P and his popular record label during the 90’s and early 2000’s. The second track, titled “Crash,” is a catchy R&B ballad, in which Usher sings about a lover he’s having trouble letting go.

“Up all night, can’t let go / Won’t stop trying, need you to know / It’s worth the fight, if I get back come / Hope you don’t mind I waited/ Would you mind if I wait right here?,” he sings on the track.

It’s been almost 4 years since Usher released his last album Looking 4 Myself.

Flawed is rumored to be released in July.

Stream “No Limit” (ft. Young Thug) and “Crash” via Tidal below: