GOSSIPONTHIS.COM Celebs Justin Bieber Got Into a Real, Live Fist Fight With Another Man... 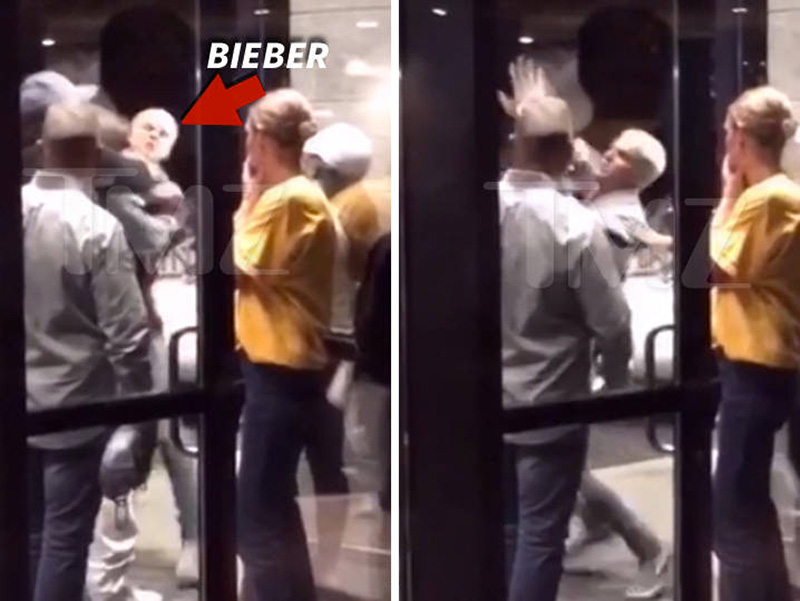 Just like the Golden State Warriors, Justin Bieber took an “L” in Cleveland on Wednesday night (Jun 8). For reasons unknown, the Biebs got into a crazy street brawl with a random guy after Game 3 of the NBA finals in Cleveland, Ohio.

TMZ has footage of the incident and from the looks of it, Justin got his ass kicked, but he still put up a fight. Also, in Bieber’s defense, the guy was wayyyyyyyyyyyy bigger than him.

TMZ obtained this video of Bieber, shot shortly after 11 PM, outside his hotel in downtown Cleveland — he was face-to-face with the guy, who threw a light blow at Justin’s head. That’s when Justin uncorked a blow right to his face … and then it’s on!

Several people were standing nearby and tried to jump in, but the fight ends up spilling to the ground.

It’s unclear what started the scrap. Bieber was in town for the game 3 of the NBA Finals, and was wearing a Cleveland Cavaliers shirt … so it could be post-game trash talk. Also, witnesses say Bieber was getting peppered with requests for photos, and we know how he feels about that.

In another video obtained by TMZ, JB is seen being held back by a Golden State Warriors fan wearing a Steph Curry jersey after the fight ended. Justin almost flips out and attacks the guy holding him back before a female Warriors fan intervenes.

Justin posted a pic on Instagram after the fight to assure fans his mug was still intact.