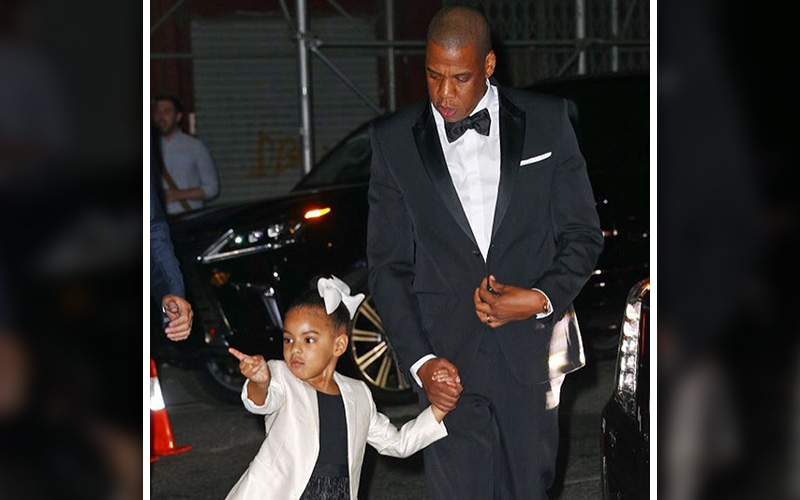 Beyoncé may have stole the show at the CFDA Fashion Awards with her surprise appearance, but her 4-year-old daughter Blue Ivy Carter stole the show outside the ceremony as she walked in with her dad Jay Z (aka her bodyguard).

Blue Ivy and her father Jay Z were on hand to support Beyoncé as she accepted her Fashion Icon award at the CFDA Fashion Awards Monday night (Jun 6) in New York City.

Looking like a little style icon herself, Blue was dressed in a black dress and matching feathered skirt with a crisp white blazer and matching hair bow — an outfit that mirrored her stylish parents, who were also dressed up in chic black and white designer duds.

Blue — who was definitely up past her bedtime — must have known she was killing the scene too, because as she and Jay Z made their way into NYC’s Hammerstein Ballroom, she made sure everyone focused their attention on her.

It looks like she’s waving her hands, but if you really look closely, you’ll see that she’s actually waving her finger back-and-forth to the paparazzi, basically telling them, “NO PICTURES!!!”

The moment was captured on Snapchat and later made its way around social media. “Aww, she’s so cute, oh my goodness!” a woman said off camera.

Get into Blue Ivy and all her preciousness below.