GOSSIPONTHIS.COM Politics What Will We Call Bill Clinton If Hillary Is Elected President? 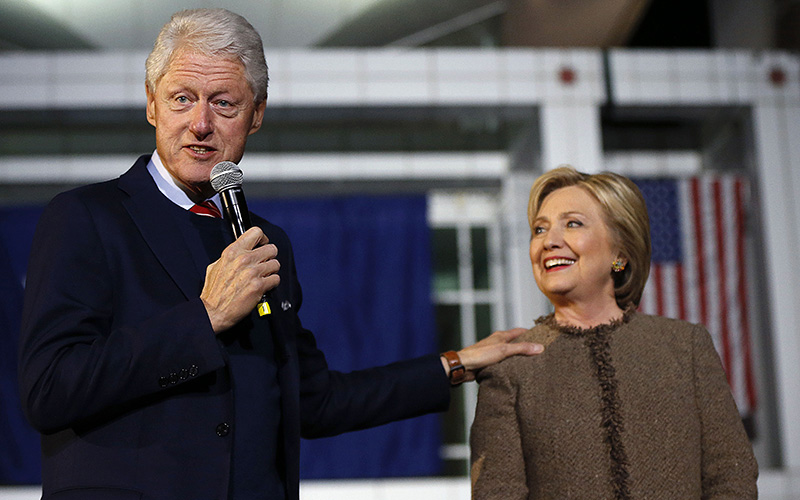 Last night, Hillary Clinton, through a combination of pledged delegates and the oh-so-famous superdelegates, clinched the nomination to represent the Democratic party in this year’s election. Now, this in itself is historic in its own right: she is now the first woman to ever be the presidential nominee for a major party.

But, her win is historic for another reason. Should she overcome Donald Trump and become the president, Bill Clinton will become the first male White House spouse. And while Hillary fights to figure out how to create income equality, deal with ISIS, and figure what the hell to do with North Korea, the American people have a much bigger problem to deal with.

What do we call Bill Clinton?

Ever since James Buchanan was president (back in 1857 – don’t worry, I had to look it up, too) the wife of the president has been called the first lady. Nowhere in the constitution or any other framework of our country is the title outlined, but it’s stuck ever since then. I’m guessing no one back then thought we’d have a woman president, but now, we’re faced with this difficult decision. What the hell do we call the male equivalent of the first lady?

Some possibilities have already been thrown out, both by Hillary and Bill themselves. First Man, First Gentleman, and even First Mate, for you all you sea-faring folk out there. Those not working for you? How about the First Dude. I’m sure The Big Lebowski fans are lobbying for that last one.

The problem is only further complicated by the fact that Bill Clinton is a former president. Tradition is that a former president is still called “Mr. President.” So maybe it’s just “Family President” now? (IDK, So confusing.) Ladies and gentlemen, we are officially in uncharted territory.

Hillary hasn’t secured the presidency just yet. I’m sure Bernie Sanders will continue to fight as he is so well known to do. And even then, she has to get past the seemingly invincible Donald Trump before she claims the title of President of the United States. But should she be successful (and let’s hope and pray that she is), we the people will have an important decision to make.

I, for one, like Bill Clinton’s own suggestion when he said, “I could be called Adam.” Maybe it’s personal preference, but I think that has a nice ring to it.