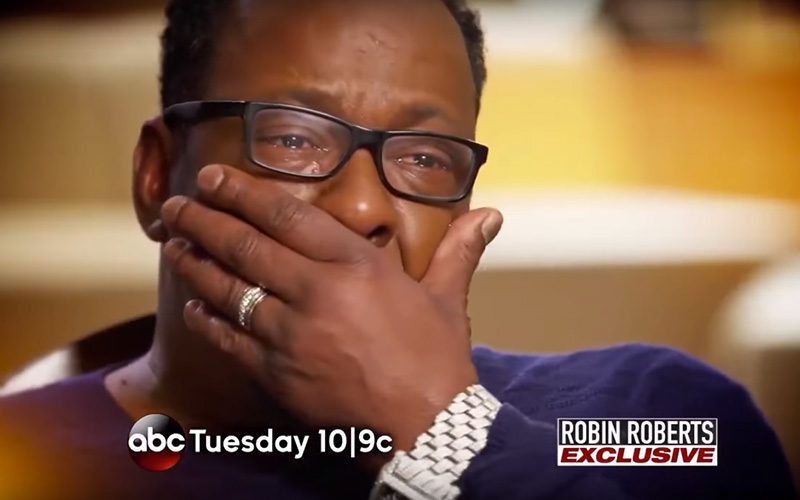 It’s been almost a year since his daughter Bobbi Kristina passed away, and for the first time Bobby Brown is opening up about it.

In a clip from an upcoming interview on ABC’s “20/20” with Robin Roberts, Brown breaks down into tears while talking about the tragic deaths of Bobbi Kristina and his ex-wife Whitney Houston.

“The hardest thing I had to do in my life was to tell my daughter to let go. My baby’s gone,” he said.

Brown, promoting his new memoir Every Little Step, also speaks on the first time he saw Whitney do drugs, their marriage, his financial struggles, and the striking similarities between Whitney and Bobbi Kristina’s deaths. “The same thing that happened to my daughter happened to Whitney,” Bobby said.

While it’s obvious the past few years have been very tough on Brown, he seems to be positive about the road ahead of him. “I thank God I’m still here,” he says at the end of the clip.

The interview will air June 7th on ABC.