GOSSIPONTHIS.COM Pop Culture De’Aundre Bonds aka Stacey from “The Wood” Cries for Help in Awkward... 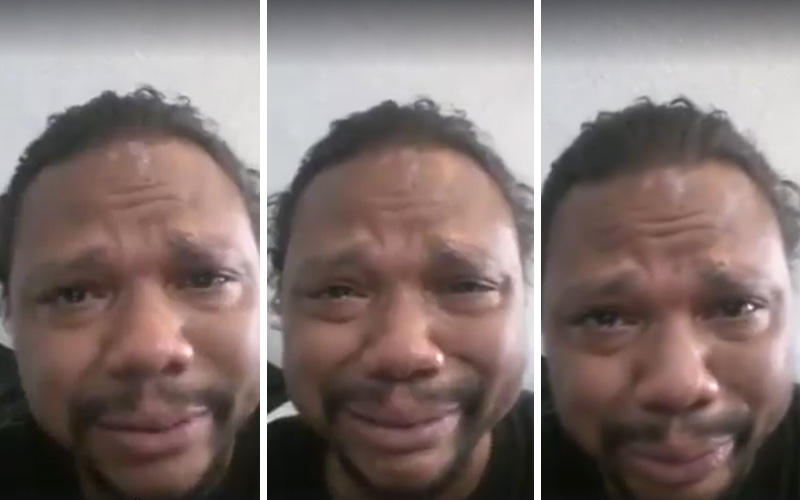 The last time we heard anything from actor De’Aundre Bonds he had just got his second chance at an acting career in the Indie film “Dope.”

This was good news for Bonds considering he was released from prison just a few years ago after serving 10 years for killing his aunt’s boyfriend. Well, apparently, those same demons that landed Bonds behind bars for murder have returned and he is in serious need of help.

A video posted to Facebook yesterday shows “The Wood” actor looking completely distraught and out of it as he cries about having problems in his life. In the clip, Bonds (who played Stacey in the 1999 movie) struggles to explain what exactly he’s upset about, but it’s apparent he’s going through it bad.

“Shit is hard real life. This shit is crazy. I’ve never in my 40 years living in this time, I’ve never saw or experienced such ignorance on a global scale,” a teary-eyed Bonds says to the camera.

He continues, “It’s hard to deal with this, it’s more hard than it has to be. And I’m speaking to me, I’m not speaking to nobody else. I’m just speaking out loud. My only purpose is to be somebody better, help people.”

Bonds also threatens to really lose it if something doesn’t change soon.

“I can’t sacrifice no more. I’m fed up with this. I would really ask people to stay the f*ck away from me, if you ain’t got nothing right in your motherf*cking heart… Stay out my way cause it’s gone be dangerous for some motherf*ckers real soon, especially on this route I’m going right now.”

Before the video ends, Bonds says all he wants is “peace, prosperity, and love for everybody” … or he “will have your head.”

Please keep De’Aundre Bonds (aka Stacy from “The Wood”) in your prayers, y’all.