GOSSIPONTHIS.COM Celebs This is How Mariah Carey’s Face Looked When She Was Asked to... 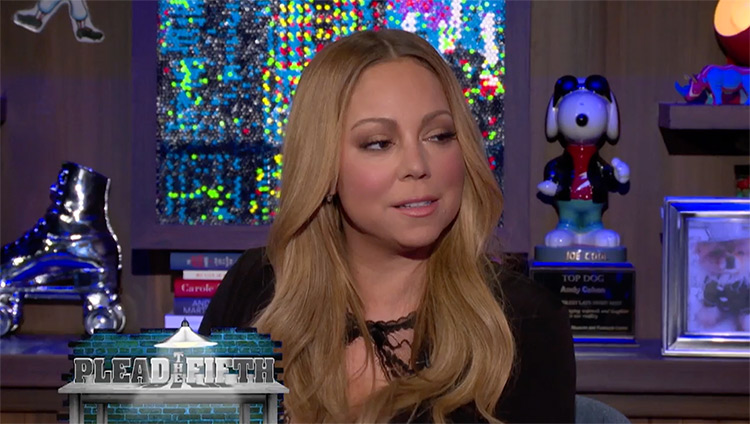 When it comes to slinging shade, Mariah Carey has been offering a master class in the subject for years.

Her shade powers are on high-alert especially when she sits down with Bravo’s Andy Cohen, and her latest visit, in promotion of her upcoming E! docuseries Mariah’s World, did not disappoint.

Because Andy Cohen knows how to fish for dirt, he purposely asked Mariah a question he knew would set her off during his infamous “Plead the Fifth” segment.

His question? Can you say three nice things about Nicki Minaj?

Lord. The side eye and 4-5 seconds of dead silence that Mimi served to Andy right after asking that question is going to be the GIFt that keeps on giving.

Watch how it all went down below.

And if that wasn’t enough Mariah shade for you, Mimi did throw a little at her old rival Jennifer Lopez, though she was far more charitable toward Jenny from the Block than she was with Nicki.

You can sort of believe her that her initial response to the interviewer wasn’t shady (I don’t but I’m cynical like that), but there was definitely some shade in sarcastically claiming J.Lo’s slight toward her about her being “forgetful.”

Never change, Mariah. We love sitting up under your shady palm tree. It gives us life.