GOSSIPONTHIS.COM Pop Culture Is Tyga Getting It In With Karlie Redd From Love & Hip... 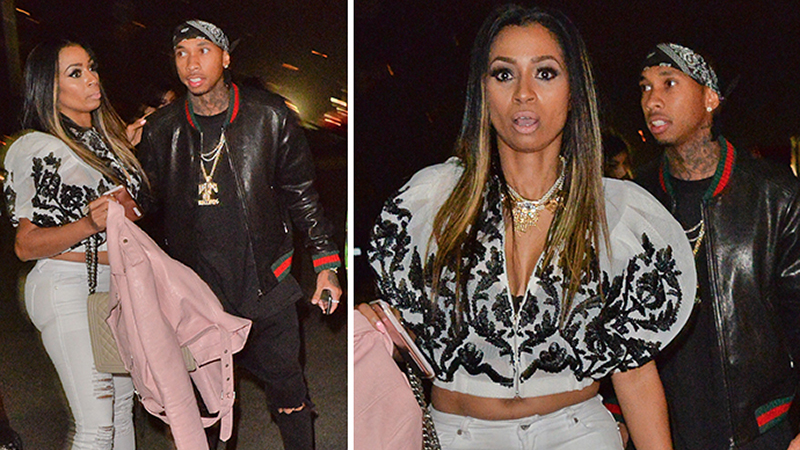 You’ve gotta give Karlie Redd credit: The girl knows how to snag these rappers with her old lady fish hook.

After bouncing around with Yung Joc, Benzino and Lyfe Jennings, Karlie appears to have found her newest victim: Tyga.

The rumor mill was buzzing when Karlie and Tyga were spotted leaving Beyoncé’s Formation Tour concert at the Rose Bowl in Pasadena, California together Saturday night (May 14).

The two certainly looked familiar and friendly, but Tyga was quick to clarify that he and Karlie were NOT together, according to his tweets.

stop. Not w her

Of course, Tyga’s track record with fessing up to relationships is shit. He dodged and denied he was dating Kylie Jenner long before he openly claimed Caitlyn’s daughter.

Also, The Shade Room was quick to spot that Karlie followed Tyga on Instagram shortly after they were spotted together at the Beyonce show.

That Tyga is a slick one. First, he’s robbing the cradles with the young girls, now he’s raiding the nursing home with the old lady-cougars. Clearly, Tyga has NO type, cause he switches it up every single time.