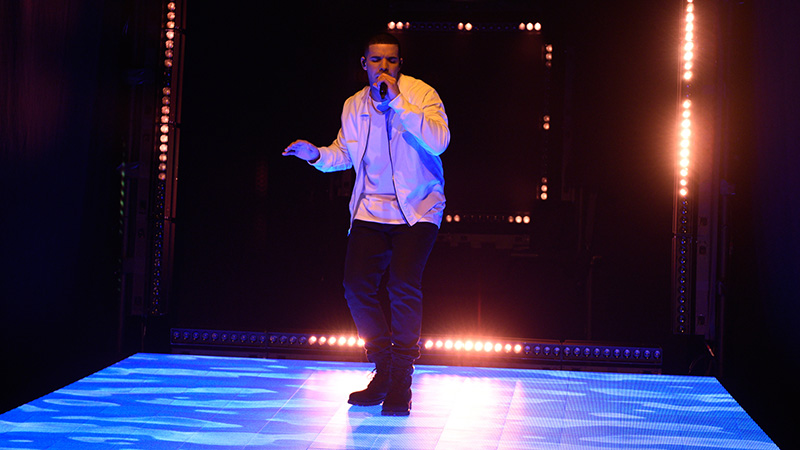 Drake has been such a dominant force in music as both a rapper and a singer, that it’s easy to forget that he also actually has a notable talent in acting as well.

SNL offers Drake an opportunity to show off both his thespian and musical sides and while the skits on SNL were far more lackluster this go-round than when he hosted and performed last time, he fared slightly better on the music side of things.

His chart-topper “One Dance” is a crowd pleaser and it should’ve been a high-energy knockout, but for some reason, it felt more like a dress rehearsal. Drake’s shaky vocals didn’t command a presence and dancers should’ve been on stage throughout the set. When they came on, they injected some much needed movement, but they left as quickly as they came.

The second performance, “Hype,” was hardly hype. It’s not clear why Drake chose to perform this song over “Hotline Bling,” “Summer Sixteen” or any number of more recognizable and palatable material.

Overall, this was definitely more of a miss. Better luck next time, Aubrey.