GOSSIPONTHIS.COM Celebs Caitlyn Jenner Claps Back at Ted Cruz by Taking a Leak in... 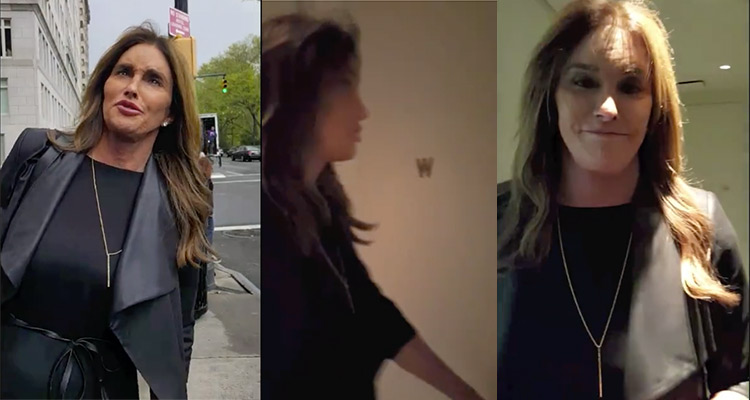 While Bruce Jenner has made a name for himself by transitioning into a transwoman that the world knows as Caitlyn Jenner, one thing has not changed since his transformation: Jenner remains a staunch conservative.

This is true despite Caitlyn’s embrace of LGBT rights, but even there, she’s gotten herself in hot water with statements that offered tepid support for gay marriage.

But when it comes to the controversial North Carolina law that seeks to ban transgender people from using the bathrooms that align with their new gender, Caitlyn is more than willing to take out her dick and take a piss ‘on em, to borrow verbiage from Nicki Minaj.

Donald Trump rocked the conservative world when he announced he was totally OK with Caitlyn using the women’s restroom in his hotels, reports ABC News. Ted Cruz, the number two Republican presidential contender, on the other hand, has been unafraid to voice his support of North Carolina’s anti-trans bathroom law.

Caitlyn decided to kill two birds with one stone and mozy on over to one of Trump’s hotels and take a leak in the ladies’ room to take him up on his offer and also give Cruz the middle finger. Of course she had to snag it on camera and share it on social media (thankfully we were spared the footage of Caitlyn actually urinating on camera).

In the short clip, Caitlyn walks into the lobby of a Trump hotel and asks where the restroom is. She stops by the door of the men’s room and says, “Not anymore!” then makes her way into the women’s restroom. After draining the lizard, Caitlyn triumphantly thanks Trump for allowing her to use the restroom and announces, “By the way, Ted, nobody got molested.”