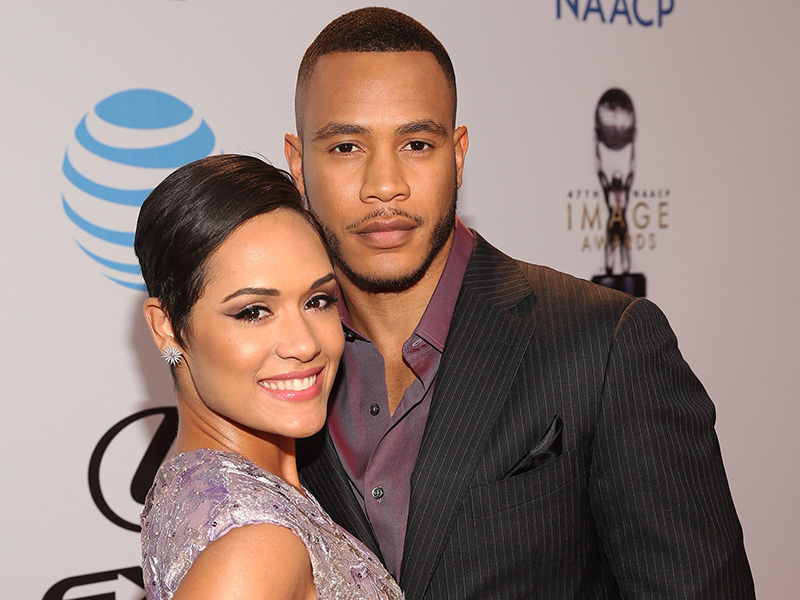 Congratulations are in order for “Empire” co-stars Grace Gealey and Trai Byers.

Boo Boo Kitty and Andre Lyon tied the knot in a private ceremony last Thursday (Apr 14) at a mansion in the Cayman Islands.

While some media outlets who reported on the wedding revealed that none of Grace and Trai’s Empire co-stars attended, others are stating the exact opposite.

“It was a beautiful wedding filled with family and close friends. Some cast members from Empire were there. Grace looked stunning.”

And this is what TMZ reported:

The private ceremony and reception went down Thursday at a mansion on Grand Cayman Island … the guest list was limited to close friends and relatives … none of their “Empire” co-stars attended.

So the jury is out on whether or not anyone from Empire attended the Byers wedding.

As for the food and festivities, according to TMZ, guests dined on steak and lobster and danced to hip-hop, disco and reggae at the reception.

Grace and Trai got engaged last summer after meeting on the set of Empire. It was reported that Trai proposed to Grace back in July at her 31st birthday party.

Black love at its finest … we love it!